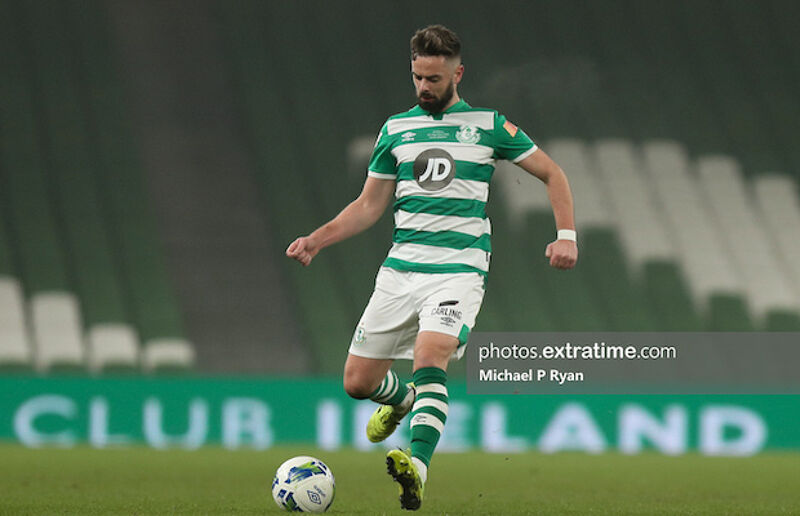 Sligo Rovers have announced the signing of midfielder Greg Bolger for the 2021 Premier Division season.

The 32-year-old midfielder was recently with Shamrock Rovers and won a league title and FAI Cup with the Hoops playing 75 competitive games with the club.

Bolger will also be with his former Cork City team-mate Gary Buckley. The midfielder partnership was crucial in the Rebel Army’s 2017 league and cup double success and their run to the third round of the 2016 European League qualifiers.

“Liam has always been in contact with me,” the midfielder said,  “I’m worked with him before and it’s a chance to sign with a club like Sligo Rovers steeped in history, I’m delighted to get it done and looking forward to the season.

“My contract was up at Shamrock Rovers and I looked around and it is always my motivation to join a club with ambition and wanting to win. I still have the ambition to do well.

"I’m looking to help Liam, I know he’s got a vision and he wants to get good players in to the club with the good ones there already. It was a no-brainer for me.

“Looking at the squad, and talking to Liam with the players he is trying to get into the club, it was something that appealed to me. I’m still as hungry as ever and I’m going up to give the club and Liam the best I can give him.

“I’ve had some great battles over the years with Sligo Rovers. One of the best days of my career was probably playing against Sligo when winning the league with St Patrick’s Athletic.

"One of the worst was as well the year before in that 3-2 game when Mark Quigley scored. Many memories, always difficult, with the crowd and the atmosphere they bring. It’s one I’m looking forward to next year being on their side.”

Liam Buckley said: “It’s an exciting signing for us. Greg has had massive success at many clubs and he’s hungry for more. I’ve worked with him, I know what he brings. He is a proper pro is the best way to describe him.”

“I feel he will be a good influence in the dressing-room, but first and foremost he’s a talented player who will add a lot to our group I feel. That is why we’re bringing him here. He’s very keen to achieve more in the game and he is driven to do so.”