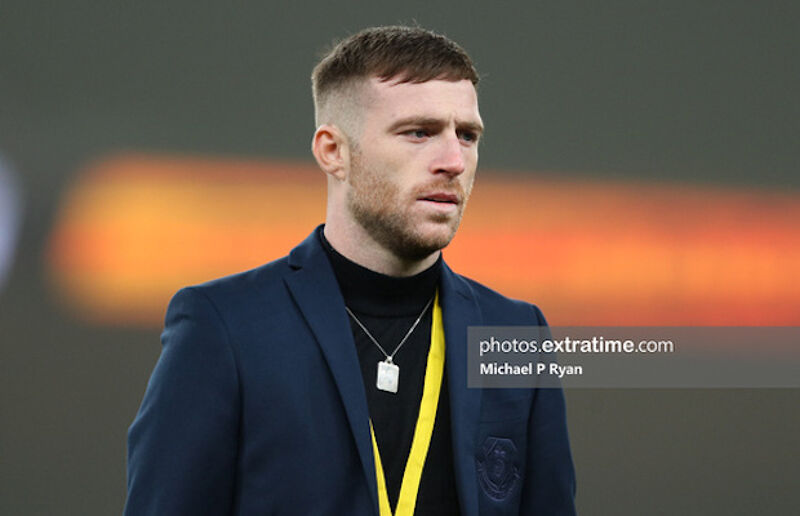 Reflecting on a season that saw him win his first league medal and earn two more Republic of Ireland caps, Jack Byrne could take the positives from his season but there was a bitter taste from Rovers’ FAI Cup Final defeat to Dundalk as the Hoops missed out on the double.

“I’m pleased I have a league winners medal and a couple of Ireland caps but I’m gutted we didn’t win today,” said Byrne speaking to SRTV after Sunday’s game. “That is football, it is up and down. It is never one straight road to glory.

“This club has been through some terrible times in recent years. For the club to be here two years in a row, competing for the cup and to be disappointed not to win the double, it is a credit to the club and where the club is at.

“We are really proud of each other. There is nobody in the dressingroom pointing fingers going you didn’t try hard enough. We left it all out there on the pitch. That is all you can ask. We gave it everything.”

The Hoops had beaten Dundalk twice this season – 3-2 in a classic back in February in front of more than 7,500 supporters in Tallaght and 4-0 in Oriel Park when Dundalk’s line up was more focussed on their European campaign.

Byrne acknowledged the quality in the Dundalk squad and the merits of their victory on Sunday.

“They deserve it. I’m not sitting here saying they didn’t deserve to win the cup. They won it 4-2. They have unbelievable players. They played well. Dundalk are a good team. They have been for years.

“There is a reason why the two best teams in the country were playing in the cup final. It could go either way. We saw that in Tallaght earlier in the year when it swung our way and we go on and win the league. Tonight it swings their way and they win the cup. That is the way it is.

“It felt like we might have let a few chances slip away. Conceding four goals you can’t expect to win a cup final.”