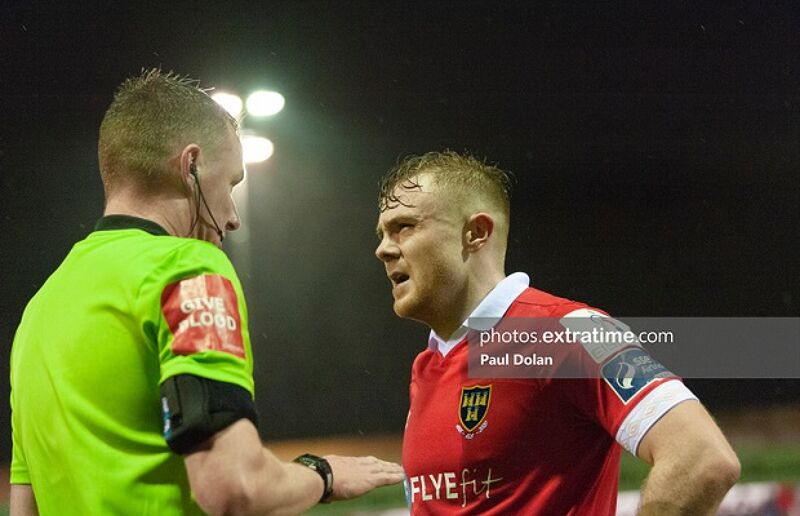 Recently relegated Shelbourne have confirmed the re-signing of Georgie Poynton ahead of the 2021 season at Tolka Park.

Poynton played a key role in the Reds’ 2020 campaign that ultimately ended up in relegation from the top-flight.

The midfielder turned full-back was injured during Shels’ costly late season slump that saw them relegated by Longford Town in the play-off final.

He will now remain at the club for 2021 as Ian Morris’ side look to get back to the Premier Division at the first time of asking.

George played with Dundalk's under-19 side in 2013/14 and was named in Stephen Kenny's first team squad ahead of the 2014 Premier Division season.

He made his senior debut as a late substitute in an EA Cup game against Bray Wanderers at the Carlisle Grounds on 5 May 2014 and made his first start for the club against Derry City, also in the EA Sports Cup, on 27 May.

In 2015 George made his league debut, coming on in added time for Ronan Finn in a 2-0 win away to St Patrick's Athletic on 22 May.

He made 2 league appearances that year with Dundalk winning the 2015 league title, and in 2016 he played in 4 league games when the Lilywhites again claimed the Premier Division title. He then went on loan to Bohs for the 2017 season.

In January 2017 George went on loan at Bohemians. He re-signed for Dundalk for the 2018 campaign.