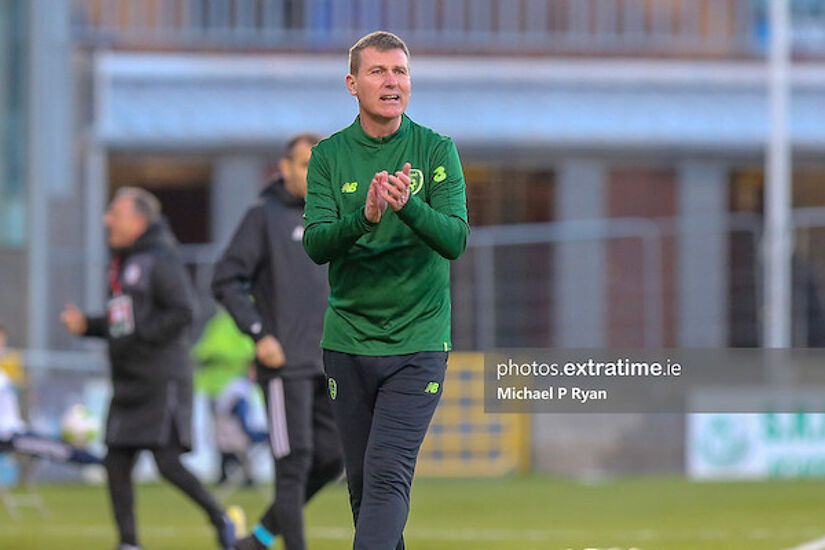 When Ireland announced that Stephen Kenny would succeed Mick McCarthy as manager of the national team, there was real excitement among the support.

This was the appointment that could signal a new era for the nation. While Ireland have experienced relative success over the years, the Boys in Green would have to fight for everything.

From the days of Jack Charlton, the Irish approach was all about working hard, playing with a direct style and ensuring they were hard to beat. It was effective, even if it wasn’t always great to watch.

Stephen Kenny: 'We could do with a win. The last two windows have been very difficult for everyone'https://t.co/rGJ4gFOpjQ pic.twitter.com/RG7POn1Y1H

Whilst they are qualities that should be appreciated, there was a desire for something different, something modern. And, in Kenny, Ireland appeared to have the right man.

After all, he had done very well with the under-21 side, building an attractive team that were getting results by playing a stylish brand of football. So, stepping up to work with the senior squad was the natural next step.

Unfortunately, it hasn’t gone to plan. Ireland will not be featuring in Euro 2020, and they haven’t scored a goal in seven games, with their last strike a Shane Duffy header from a corner.

To sum up their recent demise, the latest online betting odds have Ireland at 200/1 to win the World Cup in 2022, below the likes of Paraguay, Tunisia and Qatar.

Obviously, nobody expects Ireland to lift the trophy, reaching the tournament would be a major success, but it just shows how far the country have fallen. That’s the sort of level the neutrals now see Ireland at.

Given that extremely bleak outlook, there have been calls for Kenny to be dismissed, even if he is only months into his reign. However, that’s not going to solve any of the fundamental issues for the Irish.

While the lack of a cutting edge is a problem for Ireland, the last Nations League campaign started to show the changes Kenny is trying to introduce into this team.

Ireland’s first outing in the Nations League saw the country fail to register a win, scoring one goal and conceding five (1.25 goals a game). Across their four games, Ireland recorded on average 37.1% possession and averaged 5.5 shots per game. The pass accuracy was recorded at 72.8%. All these stats were the lowest of the group.

In the last Nations League, while the Boys in Green once again only scored one goal, conceding four (0.67 goals per game). However this time out, the Irish topped the possession charts with 53.2% and topped the shots per game stats with 11. Their pass accuracy (84.1%) was second in the group behind Wales.

While possession stats don’t win games, they do show a change in how the Irish are playing the game, and it seems to be producing more opportunities to score. The real challenge facing Kenny and his management team is finding the right mix of players to start finishing off the chances they are clearly creating.

Since stepping into the job, Kenny’s squad has been hit hard with injuries, suspensions and COVID-19 related absences. If something could go wrong for the former Dundalk manager since he took the top job, it probably has.

It will take time for Kenny to embed his philosophy into the team but it will also require patience from the FAI and the public as he looks to rebuild a squad low on confidence and, for many on the panel, senior international experience.

It could be a long road for Ireland to get where they want, but they had the right intentions in appointing Kenny, and they need to believe they remain on the right track.