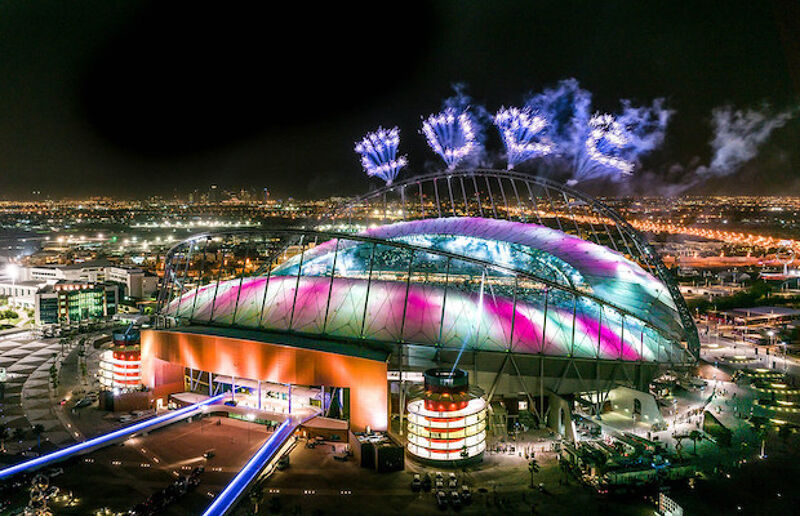 For teams in Europe, the first step on the road to Qatar for the FIFA World Cup 2022 is on 7 December when UEFA carry out draw for the European qualifiers which are due to take place between March and November next year.

When and where is the World Cup qualifying draw taking place?

All eyes will be on Zurich next Monday - 5pm Irish time on Monday 7 December - when the draw for the qualification route for UEFA teams will take place.

Who are the top seeds and who are the other teams in Pot 1?

Belgium are ranked number one ahead of France, England, Portugal, Spain, Italy, Croatia, Denmark, Germany and the Netherlands who are also in the top pot.

Who are the other teams in Pot 2 with the Republic of Ireland?

Eh, sorry to be the bearer of bad news but the Boys in Green have dropped from Pot 2 to Pot 3 this time around. That is what happens I suppose when you don’t score a goal for more than 11 hours. Pot 2 is made of Switzerland, Wales, Poland, Sweden, Austria, Ukraine, Serbia, Turkey, Slovakia and Romania

Okay so Ireland are in Pot 3 – who are the other teams in there?

We won’t be playing Russia, Hungary, Czech Republic, Norway, Northern Ireland, Iceland, Scotland, Greece or Finland as they are all in Pot 3 alongside the Boys in Green.

What is the make-up of the other pots?

Are there any draw constraints around travel distances, winter conditions, and countries that straight up don’t like each other?

Why yes there are.

There are 20 country pairs that have been identified as involving excessive travel so a maximum of one such pair can be drawn in the same group. If you really want to get in the weeds on this constraint, check out the draw regulations in full here.

There are ten countries with an elevated winter condition risk. Only two of those countries (Belarus, Estonaia, Faroe Islands, Finland, Iceland, Latvia, Lithuania, Norway, Russia and Ukraine) can be drawn against one another. Also Iceland and the Faroe Islands have the highest weather risk (especially with March having three matchdays) so those two teams cannot be drawn in the same group.

Due to the political and historical reasons, there are a suite of prohibited team clashes. Armenia cannot be drawn in same group as Azerbaijan with a similar story for Gibraltar / Spain, Kosovo / Bosnia and Herzegovina, Kosovo / Serbia, Kosovo / Russia and Ukraine / Russia.

How many UEFA sides will qualify for the World Cup?

From the 55 UEFA member associations, 13 teams will qualify for FIFA World Cup 2022. The ten group winners will qualify directly for Qatar 2022, with the ten runners-up advancing to the play-offs.

If there are playoffs with ten teams for three spots how does that work?

Actually there will be 12 teams in the playoffs as two additional teams will enter the playoffs via the UEFA Nations League.

I thought we’d agreed to never talk about the UEFA Nations League again?

Maybe you are confusing extratime.com with your therapist as we would never agree to that as us football nerds over in ET HQ love the UEFA Nations League.

The World Cup play-offs after the qualifiers will also include the two best group winners from the UEFA Nations League 2020-2021 overall ranking that did not qualify directly for the FIFA World Cup 2022 through the upcoming World Cup qualifiers and did not enter the play-offs as runners-up.

How do the play-offs work?

The dozen teams will be split into three play-off paths for matches to be played in March 2022.

Maradona, the Butcher and the two-year rivalry with Athletic Bilbao https://t.co/IFJR7bC6RL pic.twitter.com/S0D0SI5NUw