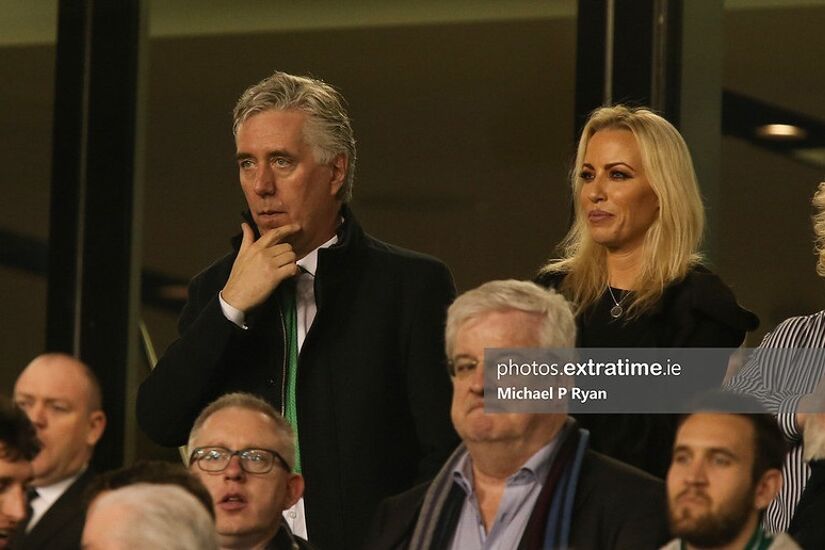 Champagne Football will be at the top of many people's stockings this Christmas. Credit: Michael P Ryan (ETPhotos)

There is nothing better than a good book. No matter where you are and no matter what is going on at that moment in time, there’s an escape to another world beside you. Especially in 2020, when there does not seem to be a break from misery and we are all at home staying safe from the COVID-19 pandemic.

With Christmas now coming, here is a list of some of the best sports books to be published over the last eighteen months.

A book that should need no introduction to Irish football fans. This is an extraordinary account of the rise and fall of former FAI CEO John Delaney told by the men who brought down his empire. Beginning in the aftermath of the 1994 World Cup and going up to near present day, this book is an extraordinarily detailed account of the disgraced CEO’s tenure which came to a dramatic end last year.

Ask any sports fan in the world about the New England Patriots and they will respond with one name ‘Tom Brady’. The six time Super Bowl champion’s journey to the summit of American football was not just one man though. Behind the dynasty was a host of heroes including legendary coach Bill Belichick and owner Robert Kraft. From the author of ‘Tiger Woods’, this is an incredible account of the creation of the New England dynasty and it is told with a needle for a pen, with the level of detail from master writer Jeff Benedict.

2020 has been a pretty lousy year for sport on Leeside. After Cork City were relegated, the Rebels quest for an All-Ireland title in either hurling or football was ended by Munster rivals Tipperary. Sometimes nostalgia is the best medicine on a bleak winter’s day and The 42’s Adrian Russell gives a nurturing account of the county’s double success in 1990. Inspiring and heartbreaking, this book is gripping from the first page.

Utras are as much a part of football, as the goals and the ball itself. Journalist and author James Monague took it upon himself to investigate the organized supporters who follow their team to the point of death. In an account which spans South America and Europe, he visits groups belonging to some of the biggest clubs in the world including Boca Juniors and Red Star Belgrade. The book also shows how the ultra-movement has evolved into the political sphere to fight the commercialization of football and fascism.

Football changed in 1992 with the creation of the Premier League and not just on the pitch. The breakaway league in English football ushered in an era of hyper capitalism that saw the simple game of football become a commercial juggernaut on a global scale. This is a tip toe account of how the Premier League was formed and how it evolved into the international behemoth that it is today. This isn’t a solitary tale just on Liverpool’s downfall or Blackburn Rover’s 1995 title win, but on how the game was taken by the elites and repackaged from its core support.