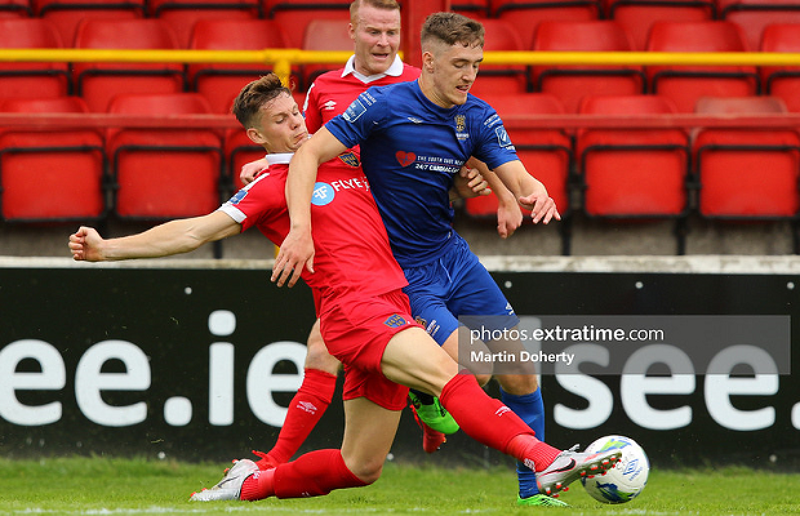 Shelbourne have announced the signing of Luke Byrne ahead of their return to the First Division in 2021.

The defender is entering his third season as part of Ian Morris’ squad and won the First Division during his first season as a Red in 2019.

“I’m obviously gutted how the season ended but the important thing now is we do what we have done the last two years – stick together and work together,” he told the club’s media team.

“The fans and other people involved in the club have sent me supportive messages since Sunday and I really appreciate it.

“I love playing for this club and now the focus has to turn to getting ready for the new season and getting promoted back to where we want to be.”

Byrne began his career at Bohemians but departed Dalymount Park in 2013 to make the move to Tallaght Stadium and Shamrock Rovers.

He spent five years with Rovers before making the move to Tolka Park.