Ian Morris set to stay on as Shels boss after relegation 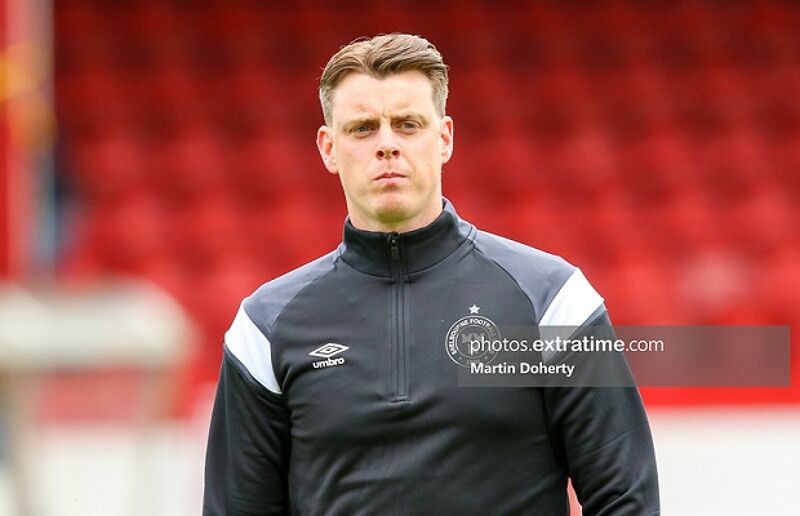 Recently relegated Shelbourne have confirmed that manager Ian Morris is set to stay on at the club as they look to prime themselves for a 2021 promotion winning campaign.

The Reds were relegated on Sunday afternoon at Richmond Park against First Division Longford Town.

Shels had to play over an hour of the game with ten-men against Longford, with Rob Manley’s 54th minute winner enough to see off Shels.

However, despite their demotion to the second-tier, Shels have confirmed that they are to back Morris and his backroom team ahead of the 2021 season.

“We’re devastated that our first season back in the SSE Airtricity League Premier Division ended the way it did,” the statement read.

“From our strong start in sold out stadiums to utterly unprecedented behind closed doors games, it was most definitely not how we envisaged it.

“Of course, returning to the First Division is a huge setback for our men’s senior team and we want to assure our supporters that planning is already underway to ensure we’re best-placed to challenge for promotion back to where we belong in 2021.

“Ian Morris and his backroom team have been hurt deeply by the season’s end and are determined to bring the Reds back to Ireland’s top flight.”

The club have also confirmed that they will have Morris on their official club podcast next week to talk about the season just gone.

A message to our supporters.