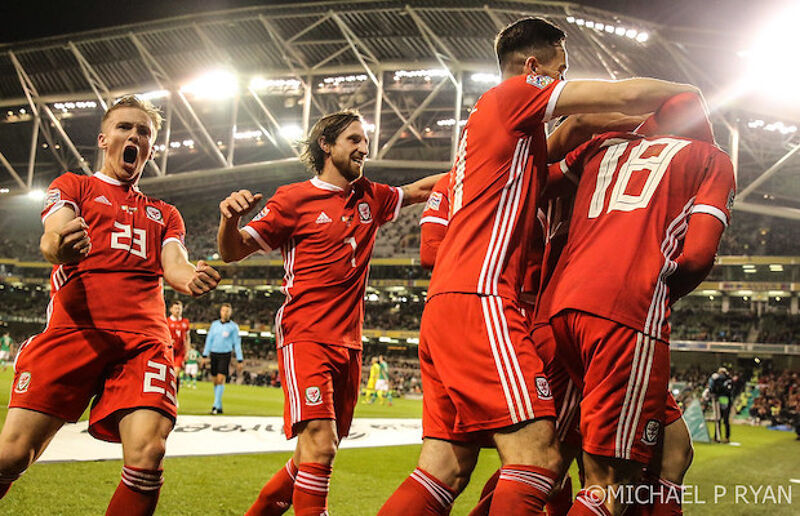 Coming into Sunday's game Wales are top of the group and with two matches remaining are eyeing up promotion into League A of the UEFA Nations League. The only points they have dropped in this campaign are the two in Dublin in last month’s scoreless draw.

In their friendly last week, it was another 0-0 as they drew with the USA. Gareth Bale was on the bench for that one but will be back in the starting XI line up that Rob Page will be picking. He is the interim manager following  Ryan Giggs’s arrest on domestic abuse allegations and is insisting that this issue won’t affect the players.

“We addressed the players and the staff and I’ve been nothing but impressed with the training” he said. “The players application has been second to none, it’s exactly how it was when Ryan was in the camp.

“I’ve been asked to step up to the plate to finish a job that Ryan’s started and that’s what I intend to do. We’ve put ourselves into a great positions not only to be top of our group but to be promoted to group A.”

Having won three games 1-0 (home and away to Bulgaria and away to Finland), Wales have given themselves a great chance to move up into League A with two home games remaining – they play Finland in their final group B4 game.

'You learn in football that sometimes things can happen, and you need to remember nothing is forever' - Wales defender Chris Gunter https://t.co/z6LiuhLOL2 pic.twitter.com/NuzRR7ONyH

Stephen Kenny is happy with the mentality and the application his players have shown in their competitive games to date and is targeting the win in Wales on Sunday.

“We know it is a tough game against Wales,” said Kenny on the eve of the game. “We know they are on a good run. We want to go and try and win the game.”

He is continuing to deal with player withdrawals due to injury, COVID-19 and family reasons – with James McClean, who got the winner in Cardiff for Ireland back in 2017, also suspended for Sunday’s game. He is hoping that the desire from his players to play for the country can finally reap the rewards for him as he seeks his first win as Ireland manager to date during his short reign.

“Every cap that they play for is important for them. The chance to represent your country is a big ambition for them all.

“There is nothing wrong with the mentality of the players in the Irish squad. We have a lot of key players missing from the squad but nevertheless the players that we have called up they dream of representing their country as young boys growing up.

“To play for Ireland is their ultimate ambition and we have 25 players in the squad who are all good players and are ready to play these two games.”

The missing players will give opportunities to other players to come into the team – maybe Jack Byrne might get his first competitive cap. Ciaran Clark, Josh Cullen, Darragh Lenihan and Jason Knight have been called into the squad for Sunday’s game in Cardiff.

Jason Knight will likely be involved having been promoted from the under-21 squad to travel to Cardiff.

“Jason isn’t here to make up the numbers. We didn’t want to include him when he would just be sitting in the stands when he could be playing with the under-21s. This is the senior team and that is the purpose of underage is to produce players for the senior team.

“He has already made his debut at 18. He is playing every week in the Championship with Derby County and he has tremendous drive for someone so young.”

The two teams played their first competitive games against each other as recently as 2007. Ireland won the first fixture 1-0 with Stephen Ireland on the scoresheet, with the other game ending in a 2-2 draw. Drawn in the qualifiers for the 2018 World Cup, there was a scoreless draw in Dublin before James McClean got the winner in Wales.

Wales won both UEFA Nations League ties in 2018 – winning 1-0 in Dublin and hammering the Boys in Green 4-1 in Cardiff.

The Czech referee Petr Ardeleanu has officiated on three Republic of Ireland under-21 matches and Cork City’s 2-0 home defeat to Rosenborg in August 2018.

Stephen Kenny - It has been a tough period with last month and this month and all that has gone on. I won’t deny that. Listen, I’m not complaining. You have to deal with that. https://t.co/WPgnf1Hpqv pic.twitter.com/eFB7Vi1Blt