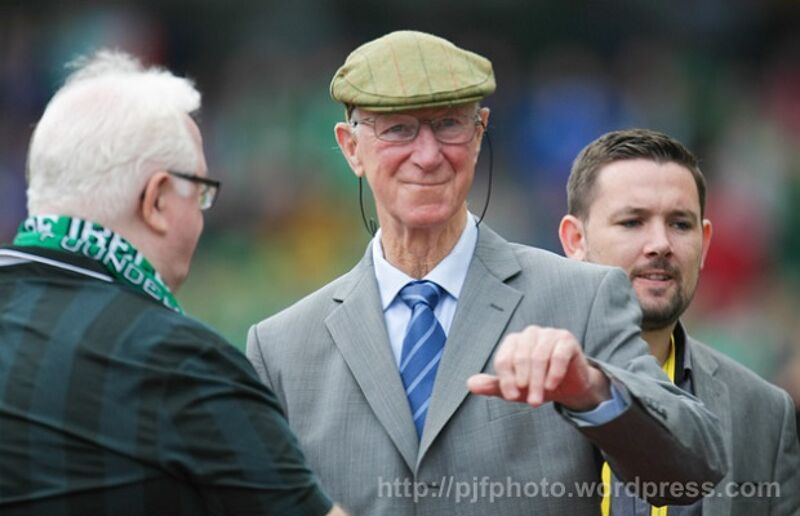 Despite narrowly losing their last game 1-0 to Denmark, confidence will be high in an England squad packed with Premier League football starters (kick-off 8pm).

It's the first meeting between the sides since the passing of legendary World Cup winner and Republic of Ireland manager Jack Charlton.

Captain Harry Kane has been in flying form and could prove their star man if chosen to play in what looks set to be a very experimental starting-XI on Thursday.

There are very few weak spots to choose from the England squad, but one crumb of comfort for Ireland will be the form of keeper Jordan Pickford.

Pickford’s most memorable moment so far this season has been the crippling injury he provided Liverpool defender Virgil Van Djik, which is saying something considering how well Everton started the season.

The story of the game will be whether England manager Gareth Southgate decides to play Declan Rice and Jack Grealish, both of whom represented the Republic of Ireland at underage level (and Rice at senior level) before switching allegiances to England.

Given Grealish’s form at club level for Aston Villa, it’s inevitable he, at the very least, will make an appearance.

The striker has played six times for the German side already this season, providing an assist in his side's 3-0 win over Borussia Moenchengladbach.

Liverpool defender Trent Alexander-Arnold and Southampton midfielder James Ward-Prowse have been forced to withdraw with injury, while Joe Gomez picked up an injury in training.

It hasn’t been the easiest start to life as Ireland manager for Stephen Kenny.

Between COVID cases, false positives and injuries, little more could have gone wrong for Kenny, yet things are only going to get trickier with the surprise retirement of his talisman David McGoldrick.

Not a prolific goalscorer as an international, McGoldrick’s hold-up play and willingness to run himself into the ground in search of the ball were crucial to how Kenny’s teams set out to play.

Losing him for any period would have been one of the last things Kenny wanted, but to lose him for good seemingly out of the blue will provide Kenny with plenty to ponder ahead of Wembley.

But when one door closes another opens, and McGoldrick’s decision gives Kenny the opportunity to experiment with some of Ireland’s younger attacking options (even if the continued absence of Southampton striker Michael Obafemi is somewhat confusing).

Ireland’s struggles in front of goal are well publicised, with only one goal to show for Kenny’s opening five games.

Defensively, Ireland have been solid, but questions will be asked of Shane Duffy’s role in the side if chosen, given his errors and subsequent dropping to Celtic’s bench at club level.

If form were anything to go by, this would be the perfect opportunity to call both Coleman and Doherty into the side and see how well that duo work as a defensive unit.

Kenny leapt to Duffy’s defence during the week, saying: “Shane is a tough character. “There is a saying in Derry: 'take your oil'.

“Sometimes you have to accept criticism and show your qualities. The criticisms aren't even warranted. I don't agree with it”.

A late injury to Enda Stevens in Sheffield United’s 4-1 loss to Chelsea means that he has been replaced in the squad by Cyrus Christie, while Callum Robinson and Aaron Connolly are also out.

Ireland have played England 16 times since their first game in 1946, when the Three Lions were 1-0 winners at Dalymount Park thanks to Tom Finney’s late goal.

Of the 16 previous encounters, Ireland have lost five, won two and drawn nine, the most recent of which was a 0-0 draw in 2015.

Ireland’s most famous victory against England was in Stuttgart in Euro 1988, where Ray Houghton’s header proved decisive.

The last six matches between the sides have ended as draws.