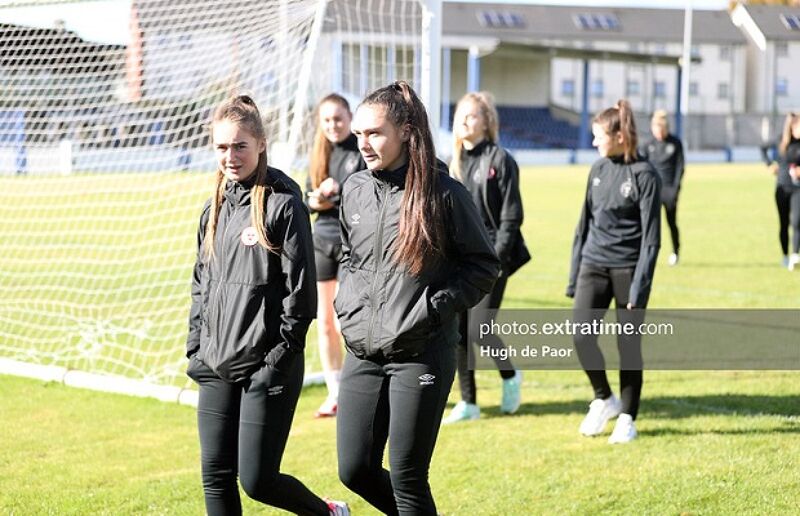 Shelbourne and Ireland winger Jessica Ziu has been named Barretstown Women’s National League Player of the Month for October.

The Reds flier has been in imperious form in recent weeks as Dave Bell’s side returned to the summit as the league entered its second and final phase.

The Dubliner’s hat-trick in the 5-2 win away to Wexford Youths last time out effectively reduced the hunt for the title to a two-horse race with Peamount United.

Those goals brought Ziu’s tally for the season to six, while Shels’ 31 goals this season is bettered only by Peamount’s 32, with Ziu the catalyst for a large number of them.

"When I first heard about winning the award I was happy as it's my first one and I've been working hard but without sounding too cliche it's a team effort," she told the league’s official website.

"There are 24 of us in it together, along with the staff, and even if you look at the hat-trick I scored I wouldn't have been able to do that if it wasn't for Ciara Grant playing me in.

“It's very much a group effort and I think that I was fortunate enough to get the award ahead of some of the other players.”

The Reds were league leaders for much of the first phase but a humbling defeat to Peamount knocked them down to second – though Ziu chooses to see the benefits of the reality check.

"I think the 6-0 loss to Peamount was almost a blessing in disguise for us because since then we have been playing great. We had a rocky start but since beating Wexford our hopes are higher than ever.

"We have two more games to go against two of the toughest teams in the league in Galway and Peamount. They are like two cup finals for us.

"We've spoken about it as a team, we all want to win the league. Of course it would've been nice to get the FAI Cup final, but the league was always our aim.

“And now that we're not involved with the cup we can just focus on the league and prepare for that."

Shelbourne face Galway on Saturday afternoon and, with Peamount in cup action, could finish the day four points clear at the top of the table.