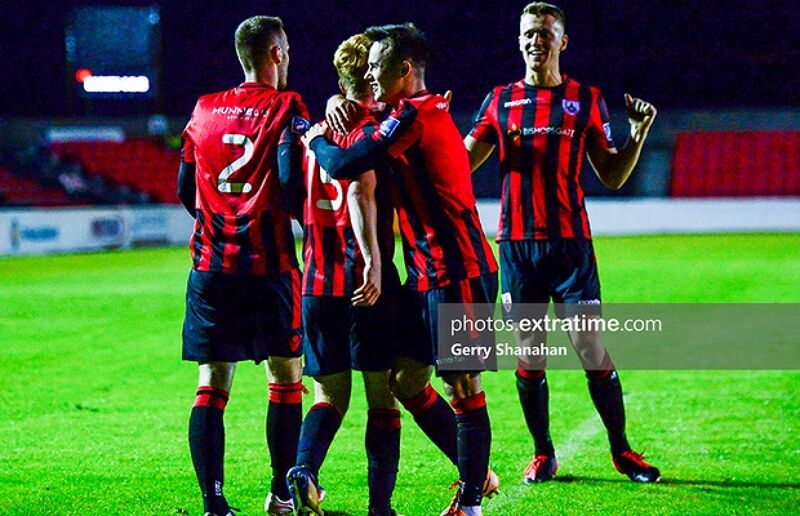 Galway United will be hoping to continue their remarkable promotion hunt on Friday evening when they take on Longford Town at the UCD Bowl (kick-off is at 7.45pm).

The Tribesmen come into the game with eight wins from their previous 11 – recently seeing off Bray Wanderers in the First Division Playoff semi-final.

Wilson Waweru struck late for John Caulfield’s side who profited from a Bray defensive mistake. The win was their second at the Carlisle Grounds in just seven days.

But a new task awaits them in the playoffs in the name of Longford Town – and Caulfield is wary of the test that his side face.

“Daire has done brilliantly with Longford," Caulfield told his club’s media team. “They've got a lot of experience of being near the top of the league over the last few seasons, which is important.

“Longford had a fantastic result against UCD in the last round of the play-off. We know how good they can be on their day.”

He added: “It's a real 50/50- game, we've been incredible over the last three months, the players have given everything on the pitch for the club.”

John Caulfield will be without Josh Smith, Conor Melody, Donal Higgins and Carlton Ubaezuonu due to injury, while Stephen Christopher misses out through suspension.

Longford Town will be looking to back up their late extra-time heroics tomorrow evening in the First Division Playoffs as they take on Galway United at the UCD Bowl.

Town came through their playoff tie against UCD at the same venue where they will take on Galway United.

The Red and Black had to wait until second-half injury time to bring the game to extra-time, with defender Joe Gorman powering home a header from Niall Barnes’ corner.

They would then fall behind with just over ten minutes to play in extra-time thanks to a Yoyo Mahdy strike.

However, Gorman would strike again to level matters, before Dean Byrne struck in the 121st minute to seal an incredible win for Longford.

And following their late, late win over UCD – Town boss Daire Doyle is hopeful that his side can build on that win when they face Galway.

“They’ve been in a marvellous run since John (Caulfield) has come in,” Doyle told extratime.com after Saturday’s win over UCD.

“We played them a couple of weeks ago in our place and we controlled the game for 44 minutes and were two-nil up.

“We know what we fell down on that night and we know what we’re coming up against. If we can manage and control the game better than we did the last time, I think we’re in for a great game."

He added: "We’ll be going into the game positive after that result tonight with the late goals. We’ll prepare for the game to put in a performance and we’ll hopefully get through."

Longford Town are expected to be without both Sam Verdon and Thomas McLaughlin for the tie against the Tribesmen.

Longford Town have not played a game at a neutral venue since their 2007 FAI Cup Final defeat against Cork City at the RDS.

Galway United however are unbeaten in four of their previous five games at the UCD Bowl, with their only defeat at the Bowl coming in July 2018.

2018, the Tribesmen have only defeated Longford Town twice in their past eight games – with Town winning five of the games.