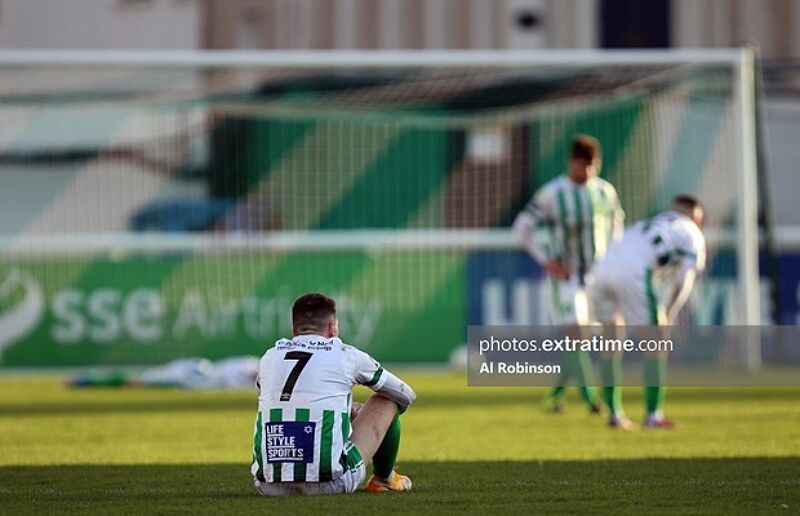 Athlone will be looking to end Bray Wanderers’ slim title hopes on Tuesday evening when they welcome the Seagulls to Lissywoolen (kick-off is at 7.45pm).

The Blue and Black of the Midlands will also be hoping that that they can build up some much-needed momentum ahead of Saturday’s FAI Cup quarter-final tie at home to Shelbourne.

Adrian Carberry’s side have impressed at times this season, so this will be by no means an easy win for their visitors on Tuesday evening.

Athlone have yet to provide team news but do have no players on the suspension list at least.

After their late injury-time defeat at home to Galway United, Bray Wanderers must now better Drogheda’s result away to Cabinteely should they wish to claim the First Division title.

Should they win and Drogheda lose on the final day, they will be champions. They could also clinch it if they draw and Drogs lose by four or more goals away to Cabo.

“It’s easy for coaches, players and people from the outside to say that we’ve got to take it as a normal game, but the reality is that it is a different one,” Bray boss Gary Cronin admitted after his side’s defeat on Saturday.

“I’ve been there as a player and there’s different feelings inside you. It takes a certain kind of performance and character to come through that.

“That pressure and type of nerves to win a must-win game are on Drogheda now, it’s not on us and it’s up to them what way they handle that.

“If they do, they win the league, if they don’t, we’ll hopefully be there to take it from them.”

The Seagulls have yet to issue team news but are expected to have a fully-fit squad to pick from.

Bray Wanderers have scored 11 in their previous three league outings against Athlone Town – and have only conceded once.

Athlone Town have only failed to score at home twice in the First Division this season – drawing blanks against Shamrock Rovers II and Longford Town.