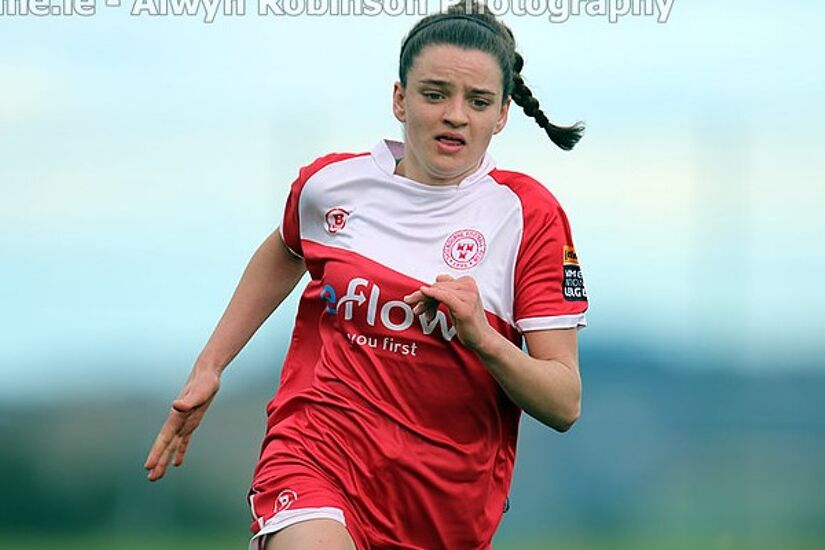 Leanne Kiernan: We've never qualified for a major tournament and this is probably our best chance

It’s been three years since Republic of Ireland striker Leanne Kiernan made the move across the Irish sea to join West Ham United’s women’s team. Since then, she’s become a fixture in some of the biggest games in women’s footballs biggest league.

Kiernan scored 6 goals across 22 games in her debut season with the Irons, which she followed up with an impressive four goals in 14 games during the following campaign. Five games into this season, Kiernan can already feel rapid improvement in quality across the league’s biggest teams.

“This is my third year in the league so from my first year to this year it’s gone up massively” she admits while speaking at a virtual press conference which extratime.com are in attendance at. “Even the hype around the league and seeing people saying it’s the best league in the world is fantastic.”

Kiernan is speaking moments after arriving in Ireland’s training camp in Germany ahead of their crucial Euro 2022 qualifier against Ukraine on Friday. Win or draw and Ireland will secure their place in the play-offs, while a loss will see them need to win against Germany in December. It’s going to be a big week for the Girls in Green, and potentially a historic one if Ireland secure a play-off position.

“It’s like a cup final for us,” Kiernan adds, repeating the words uttered by her manager yesterday, “It’s a very big game and we’re all very much looking forward to it but we know how much this game means to Ireland and the history behind it.

“When you look at Ireland’s history, we’ve never qualified for a tournament before and this is probably our best chance at the minute and every one of the girls are onboard with that and we realise what’s to lose so we’re really going for it.”

Confidence within the camp is at a high, especially with a few weeks of club fixtures behind them. It would be tempting, however, for the team to focus on needing a draw rather than aiming for the three points. Will that be in the teams mind as they prepare for kick-off? According to Kiernan, most certainly not. “Obviously it’d be a nice boost to get the win going into our next game and we’ll see how the game lays out and how it goes and we’re hoping it goes well and that our week of training goes well and that we all go in healthy into the game. I believe in the group of girls we have.”

It was a little over a year ago that Ireland took on Ukraine in Tallaght in Vera Pauw’s first game in charge. Ireland took the three points on that night thanks to an impressive 3-2 victory, with many claiming afterwards that Ukraine underestimated this Irish team. There’s little chance of that now, however, with both teams enjoying frutiful.

“I suppose looking at us and us not having qualified you can look at it that way [being underestimated], but look, we did the job on them last time and if they underestimate us then hopefully we can show they why they shouldn’t underestimate us.”

If Ireland qualify, Euro 2022 has the potential to have the transformative effect that Euro ’88 had on the men’s game in this country. With that in mind, is the importance of reaching the play-offs magnified? “Of course,” Kiernan acknowledges. "We’re all hoping that. It’s a massive game and everybody knows the whole hype behind it but we’ll just focus on the game and hopefully it’ll go our way”