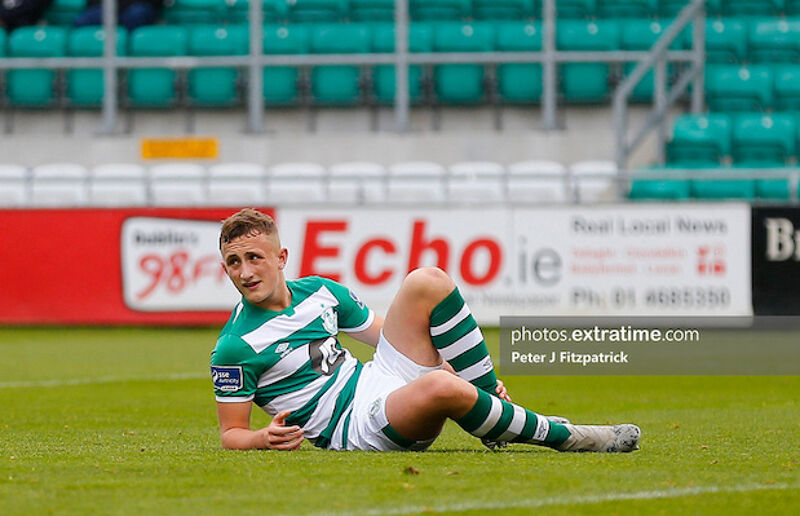 It was a winning debut in the First Division on Saturday for Sam Curtis. The 14-year-old defender was part of Aidan Price’s Shamrock Rovers II team that beat Athlone Town 3-1.

The player stepped up from the under-15 ranks and at 14 years, 10 months and 16 days old he breaks the record previously held by Kevin Zefi as youngest player to line out for a Shamrock Rovers side in league action.

“It isn’t just a token gesture,” said Price speaking with extratime.com after their final home game of the season and their fourth win of the league campaign.

“You can see from his performance today that he is going to be a real top player for us.

“We can’t and won’t carry any passengers as we see that we have young boys that are ready to step up and they have showed they are ready.”

The average age of Price’s starting line against Athlone was 19 including seven teenagers. The side did also include 26-year-old Sean Kavanagh making his second start in the First Division on his return from injury.

“Sean has played a few substitute appearances with the first team and has been out since the cup final last Novembers so it was great for him to get some game time. He played 60 minutes last week and 65 today and it is a big plus for him.”