WNL Round-Up: Shels win away to Wexford Youths, while Peamount seal away victory at Galway 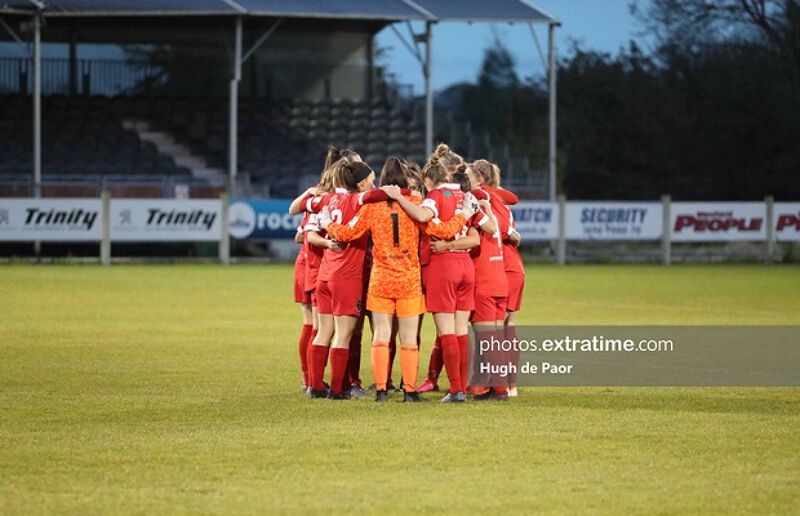 Shelbourne eased past Wexford Youths at Ferrycarrig Park this evening with a 5-2 victory in the Women’s National League.

The Reds strolled past the challenge of Tom Elmes’ side, with a hat-trick from Jessica Ziu helping Dave Bell’s to the win.

Ziu opened the scoring for Shelbourne in the 6th minute of the game, but they were pegged back just seven minutes later through Ciara Rossiter’s equaliser.

However, Ziu scored her second of the night just past the half-hour mark, while Noelle Murray’s spot-kick put Shels two clear on the stroke of half-time.

Kylie Murphy however halved the deficit in the 64th minute, but Murray once again netted from the spot in the 69th minute to extend the visitors lead once more.

And Ziu got her third of the night in second-half injury time as she raced through on the counter-attack to slot home past Kiev Gray.

Elsewhere, Peamount United won two-nil away to Galway – with Aine O’Gorman and Lucy McCartan both scoring.

O’Gorman opened the scoring for Peamount in the first-half before McCartan wrapped up the win in the 81st minute.

Meanwhile, Athlone Town won 3-2 away to Treaty United. Kellie Brennan and Kayla Brady gave Athlone a two-nil lead before Cayla Davis halved the deficit before the break for the hosts.

Katelyn Keogh however put Athlone two-clear just before the hour-mark to make it 3-1. Gillian Keenan would then score what proved to be a consolation in the 75th minute for Treaty.

In the day’s other game, DLR Waves were held to a scoreless draw at Dalymount Park by Bohemians.