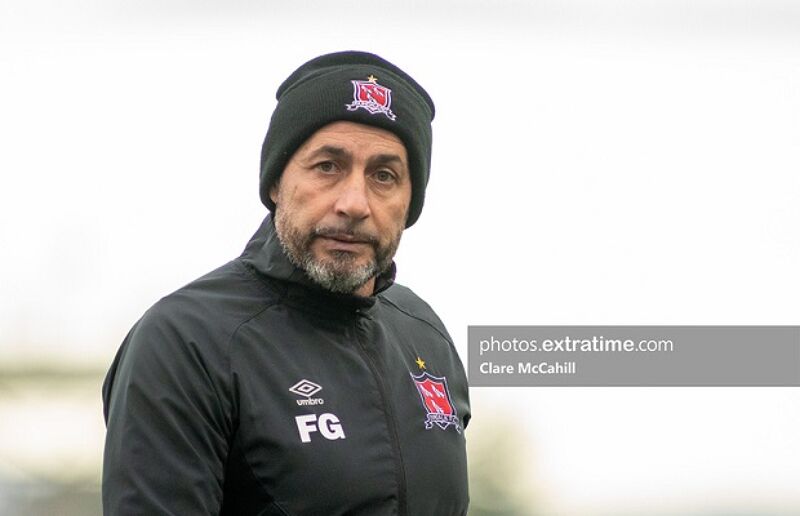 Two goals in two minutes from Patrick Hoban gave the Lilywhites the three points on Leeside and moved them up to third in the table, one point above Waterford with a game in hand.

This result kickstarts a hectic ten days for Dundalk, as they will play Bohemians at Oriel Park on Friday, Derry City in the Brandywell on Monday, and Molde at home in the Europa League on Thursday.

“It was a difficult night because Cork were organised defensively. They defended as a block in the defensive third and they didn’t give us much space. But we created space and we were sharp creatively.

“We kept the ball and we dominated possession and in the end, we found the opening to win the game.”

With this in mind, the Italian said that Tuesday night’s game was the ideal test ahead of such a hectic period for the Lilywhites.

“It was a real test,” he said, “First and foremost tonight was a good performance. We need to perform which we did.

“Now we have a big game with Bohemians and I hope that they try and win the game. I want an open game were both teams try to win. That is important.

“From now, we are going to play every three days. Every game is important. I don’t know what games are more important than others. We just have to be competitive.

“Our players are fit, sharp and ready. So we are we are where we want to be. We’re able to compete in all the competitions.”