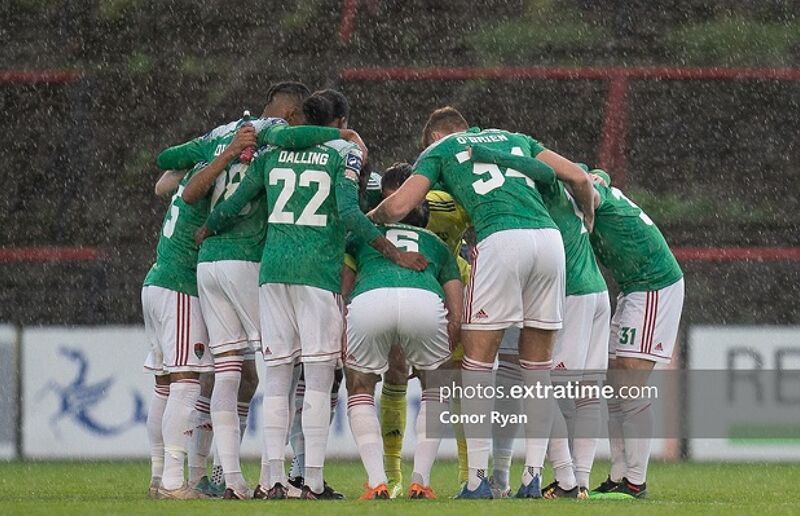 Relegation candidates Cork City will be hoping that they can move off the foot of the Premier Division table on Tuesday evening when they welcome Dundalk to Turners Cross (kick-off is at 7.45pm).

The Leesiders could move a point ahead of Finn Harps with a win, but they will have of course played a game more than their Co. Donegal rivals.

And after their defeat on Friday evening away to Bohemians, their caretaker boss Colin Healy is hoping that his players will give everything to the club to get them out of trouble.

“We’ve got Dundalk on Tuesday night, which will be a very difficult match, so the players will have to be up for it,” he said.

"We’re down at the bottom of the table, and we’re there for a reason. Let’s not kid ourselves, things haven’t been good enough.

"We need to change that. As a team, we need everybody to give everything they’ve got when they step out onto that pitch.

“It’s up to me and the coaching staff to get the best out of these players now, and that’s what we’re going to do.”

Cork have no injury concerns for the visit of Dundalk as Cian Coleman returns from a recent knock.

After having a weekend off, Dundalk return to the league action when they make the trip south to take on Cork City at Turners Cross.

The Lilywhites game against St Patrick’s Athletic was called off following a positive Covid-19 case with the Saints.

With that in mind, Dundalk midfielder Jordan Flores is hoping that their return to action will see the Lilywhites begin a run that will see them seal Europa League qualification.

“We have three big games coming up,” Flores told his club’s media team. “We haven’t won our last two in the league so it’s important we get three points at Turner’s Cross and go from there.

He added: “It’s a big game for both teams but I fully back the lads and the quality we have in the squad to go down and do the job.

“It’s been very stop-start in recent weeks but we’ll be able to rotate and everybody can get minutes so we can really go on a roll now, fingers crossed.”

Cork City were defeated by three goals to nil the last time the sides met in February – with Michael Duffy, Patrick Hoban and Jordan Flores scoring.

The Leesiders however won the last meeting between the pair at Turners Cross – as the recently departed Daire O’Connor secured a one-nil win for the then Neale Fenn managed side.

The Lilywhites have only lost twice in their previous ten competitive games against Cork – with both losses coming at Turners Cross.