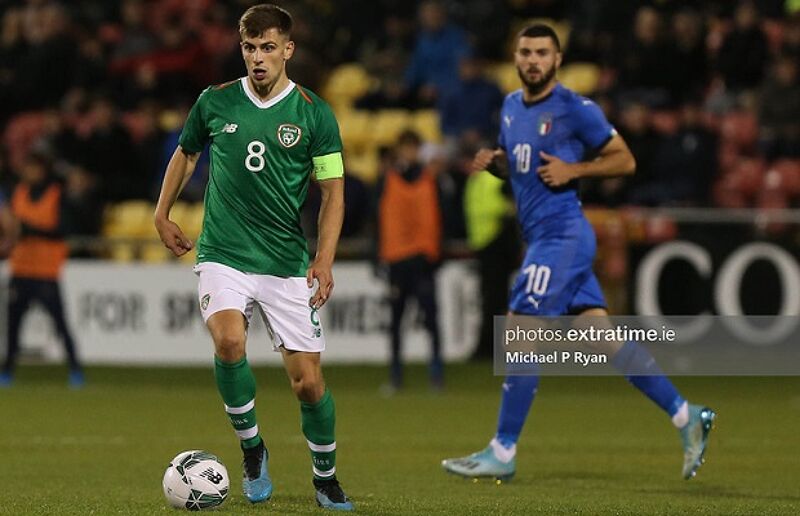 Jayson Molumby is in line to start his second game for Ireland as Stephen Kenny makes three enforced changes to the side that lost on penalties to Slovakia on Thursday night.

The Brighton & Hove Albion midfielder steps in for James McCarthy after the Crystal Palace man picked up a muscle injury in the second half in Bratislava.

Robbie Brady and Kevin Long also come in after Callum Robinson and John Egan were ruled out due to being close contacts of a confirmed Covid-19 case.

Alan Browne, who starred off the bench in Slovakia, and Callum O’Dowda have also been ruled out due to contact with the unnamed player who tested positive.

The FAI earlier confirmed that the positive test related to a player who didn’t appear on Thursday. Derrick Williams is the only other player named on Thursday not to face Wales.

In all, Ireland are missing seven players from the squad of 25, with David McGoldrick joining Adam Idah and Aaron Connolly in withdrawing from the squad.