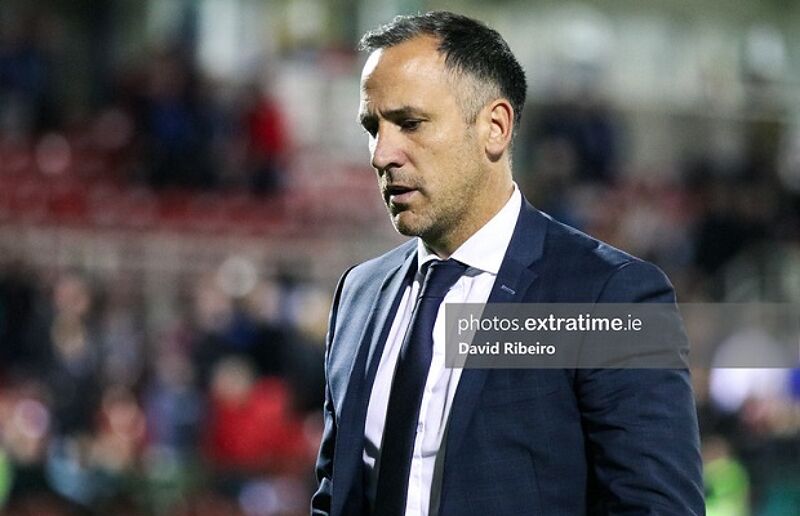 Relegation-threatened Cork City have confirmed the departure of head coach Neale Fenn, just over 24 hours before their crucial trip to Bohemians.

Former Republic of Ireland international Colin Healy, City’s under-19s manager and academy head, is set to take charge for the rest of the 2020 season.

Fenn, who won the league championship as a player with Cork City in 2005, leaves the club after 15 months in charge,

Asssistant manager Joe Gamble, who was a team mate of Fenn's in that title-winning side, has also left the club with immediate effect.

43-year-old Fenn took over in August 2019 and led City to an eighth-place finish last season, but this year they have won just two league games and are bottom with just nine points from 13 games.

His departure comes barely 24 hours after the news that fan favourite winger Daire O’Connor had left the club as he no longer featured in the manager’s plans.

This is also the week were the board of FORAS, the fans group who own Cork City, backed a proposal to sell the club to Grovemoor Ltd.

Members of the fans group will now vote on the sale of the club at an online general meeting scheduled for Wednesday, October 28th.

There will be just one item to vote on: The authorisation to complete a ‘call option agreement’ which was signed by the board of management and Grovemoor in February 2020.

Last February, Preston alleviated some of City’s financial pressure when they agreed to purchase the sell-on clauses of Seán Maguire and Alan Browne.

Should that vote be passed, Trevor Hemmings, who owns Trabolgan Holiday Village in East Cork and various stud forms across the county, will become the new owner of the club.

This critical month for the club could end in City playing in the First Division for only the second time in their history and under new ownership.

City currently sit bottom of the table, two points behind Finn Harps in the promotion/relegation spot, with five games remaining to Harps’ four.