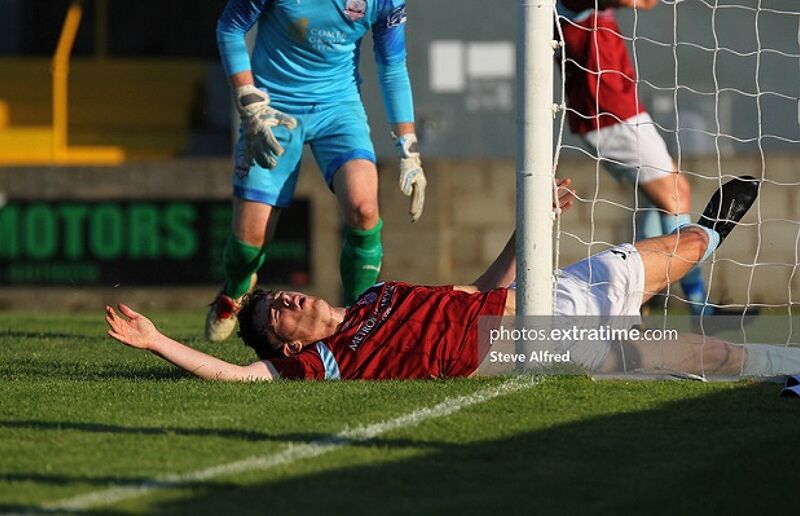 First Division Cobh Ramblers will be hoping to move level on points with Cabinteely when they host the South Dubliners at St Colman’s Park (kick-off is at 7pm).

Stuart Ashton’s side won one-nil away to Galway United last week, and he is hoping for a similar result this week when they take on their playoff rivals.

“It’s another massive game for us. They all are really at this stage,” Ashton stressed ahead of the game.

“The teams around us are playing each-other and it’s important for us to take something from the game and make the most of that.

“If we perform like we did in Galway last week then we give ourselves a great chance.

He added: “It won’t be easy. You always know what you’re going to get from Cabinteely. They’re organised under Pat Devlin; they’ll give you a tough game.

“But they have the nice footballers who can play as well, and we have to be up for it on Saturday.

“It’s coming to the business end of the year and we want to keep going and see where that takes us.”

On the injury front Ben O’Riordan is unlikely to return from the ankle problem that has kept him out in recent weeks.

Darragh Crowley picked up a hamstring knock in the Galway match and is also a doubt.

Meanwhile John Kavanagh has a rib issue and will face a fitness test prior to the game.

Cabinteely will be looking to bounce back from their heavy 5-1 defeat at home to Wexford last week when they take on Cobh Ramblers this evening.

A brace from Karl Fitzsimons was enhanced by first-half goals from Karl Manahan and Dan Tobin for the Slaneysiders.

Kevin Knight scored what turned out to be a consolation for the hosts in the 52nd minute, while sub Patrick O’Sullivan made it five-one late on with a superb composed finish.

And following their heavy loss, Pat Devlin is looking for a reaction this week against Cobh.

“We have four games left. So, we know what is ahead of us,” he told his club’s media team.

“And what we need to do. But it is going to be tough. It is always tough going to Cobh.

“We have never had a game against Cobh that was easy. We were fortunate perhaps to beat them last August.”

He added: “We are looking forward to it. But it is going to be a very tough game.”

Shane Barnes is Cabinteely’s only confirmed absentee and he misses out through suspension.

Since entering the League of Ireland back in 2015, Cobh have provided Cabinteely’s opposition a record 19 times.

The teams met last August at Stradbrook with Shane Barnes’ second half strike securing a 1-0 win for the home side.