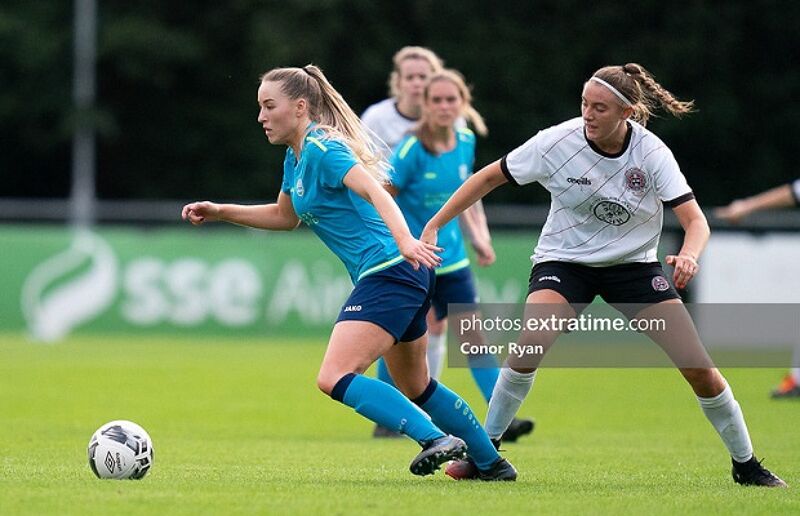 The sides have met once before in the league, a 2-0 win for Treaty at the UCD Bowl, but this will be their first time facing off in Limerick.

Treaty United manager Dave Rooney has done this all before in his two years in charge of Limerick, but with a new club has come improved fortunes on the field.

They sit sixth in the division, one point ahead of Waves, with two wins from their seven games to date.

Last week saw a narrow 1-0 defeat away to Galway as Chloe Singleton’s goal on the stroke of half time was enough to separate the sides.

Treaty have performed well against Dublin sides to date, however, with wins away to Waves and at home to Bohemians already on their record.

DLR Waves travel to Limerick on the back of their first win of the season but with the memory of their home defeat in August very much to the fore.

Graham Kelly’s side have improved on and off the pitch but haven’t seen the results to match so far in the expanded league.

A first win of the season, a 4-1 triumph away to Athlone Town, will have helped in that regard – and they’ll look to make it consecutive wins on the bounces.

Katie Malone opened the scoring in Athlone before Katelyn Keogh levelled things up for the hosts just before half time.

An own goal and strikes from Catherine Cronin and Ally O’Keeffe saw the Kilternan-based side to victory in the second half.

The sides have met just once since Treaty United entered the league this season.

Chloe Connolly and Aoife Horgan were on target as the Limerick side ran out 2-0 winners at the UCD Bowl.