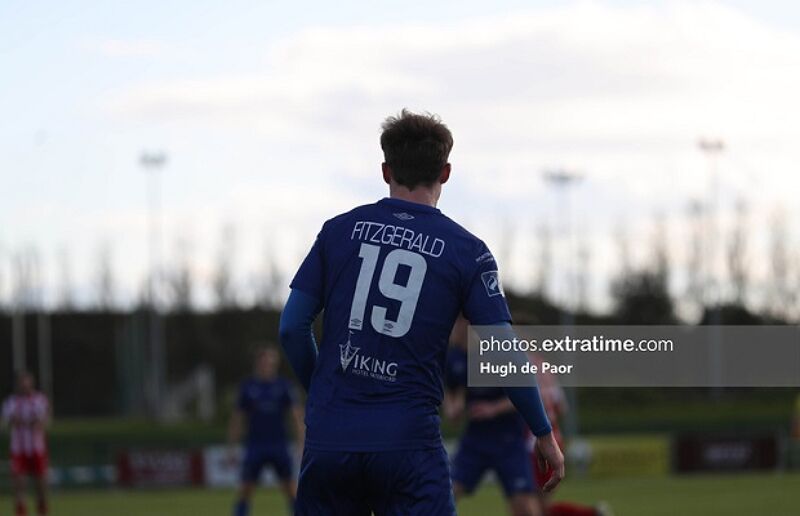 Derry City will be hoping to get back to winning ways this evening when they host Waterford at the Ryan McBride Brandywell Stadium (kick-off is at 5.45pm).

City come into the game after playing two games already this week, and they have lost twice against Bohemians and Sligo Rovers.

And following the disappointment of both games, their manager Declan Devine admits he will not think twice about making changes for the visit of Waterford.

“I don’t want to go over the same ground again because it’s tiresome,” Devine told his club’s media team. “We weren’t strong enough to come out of those two matches with something and it was hard to take.

“They are gone now and there’s no point, or time, to feel sorry for ourselves.

“I’ve said since the restart that every game is a ‘big game’ and Waterford is another case in point.

“They’re flying at the minute and will be very difficult to beat but we have to start rolling up our sleeves.

“We do have options now that everyone is fit and whoever is selected knows we need a response. This is their chance to deliver.”

The Blues come into the game after that important win last Saturday afternoon against Sligo Rovers in the RSC.

A Matty Smith strike after nine minutes ensured the Blues took all three points against Liam Buckley’s side.

That victory sees the Blues move up to third place in the league, as Fran Rockett’s side continued their hunt for a good finish in the remaining fixtures.

The sides last met back in March in the RSC when the Blues came from behind to claim all three points thanks to wonder strikes from Sam Bone and Shane Griffin.

“We were delighted with how the lads performed on Saturday afternoon,” manager Fran Rockett told his club’s media team.

“We had some spells of really good football. It was a huge win, especially after the game against Rovers the Monday before.

“The boys showed a real good attitude in training all week and an even better one on the pitch on Saturday evening.

“It’s been a turbulent few weeks, but the lads have shown some great resilience to get through everything.

“Obviously bringing Breener [David Breen] in is massive for us and as he settles in more, he’s going to be even more beneficial.

“We know Derry City are going to be tough on Friday. The Brandywell is always a tough place to go. We’ll prepare as best as we can, and we’ll travel up looking for the spoils.”

Sam Bone is Waterford’s only absentee for their trip to Derry.

Derry City failed to win any of their previous four league games, with their most recent win coming against Cork City in August.

Waterford have only lost twice on their travels so far this season, with defeats coming against both Sligo Rovers and Shamrock Rovers.