'It was all about focus, concentration and making sure that you were mentally right' - Ciaran Kelly on that FAI Cup penalty shootout 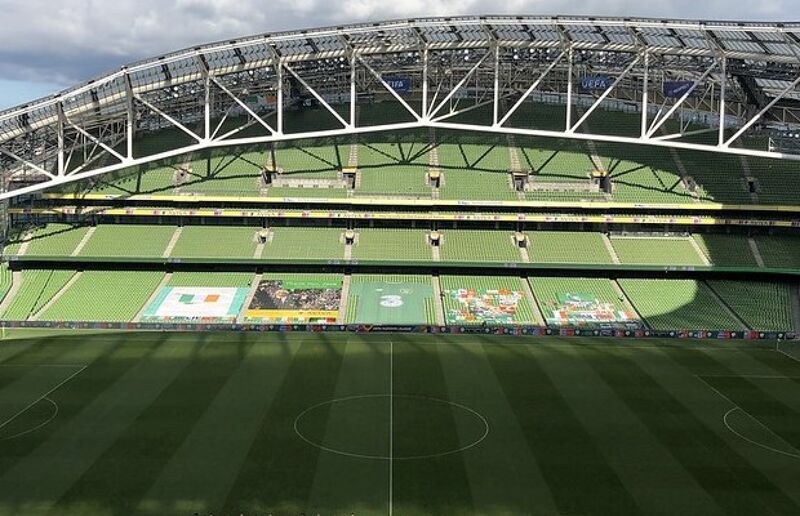 In addition to being a part of Sligo Rovers' hugely successful squad in the early 2010s, Ciarán Kelly has also followed his own coaching path, which has seen him take the reins at Castlebar Celtic to his present role in Doha.

Subsequent to lining up between the goalposts for Ballinrobe Town as a youth, Ciarán went on to sign for Sligo Rovers, Derry City, Galway United, Castlebar Celtic and Athlone Town. However, it wasn't until returning to the Showgrounds in 2009 that the goalkeeper's winner's medal collection took a substantial upswing.

“In the 2009 FAI Cup final we were leading 1-0 with seven or eight minutes left. There was a long ball over the top, where Eamon Zayed cut across me. To this day, Eamon would tell you that he knocked it past me and took advantage of my outstretched leg (laughs). That brought it back to 1-1 and unfortunately, Sporting Fingal got the winner in injury-time.

"For a lot of the players involved in 2009, that gave us an incentive to make amends the following year. For me, one of the starting points to our eventual success was losing that final. Sometimes you have to lose something to appreciate what you're involved in. Another factor was the League Cup win earlier in 2010. We beat Monaghan 1-0 in front of a full house in the Showgrounds. That gave us the belief that we actually could rise to these occasions.

"Come the FAI Cup final against Shamrock Rovers, we were very confident. We had good staff, but such a great bunch of players, who drove each other forward … Not just in matches, but even during training sessions.

"Credit must also go to the management staff, to bring in these certain types of characters and leaders.”

During this prolonged purple patch for the Bit o' Red, Kelly is obviously best remembered for his four penalty shootout saves in 2010 and then coming on late in extra-time to replace Brendan Clarke and perform similar heroics in next year's Blue Riband decider: “In the lead up to the 2011 game and during our preparations there were a few penalty competitions, on the back of what happened the previous year, and I did quite well in those competitions.

"When we were getting ready to get on the road to Dublin, it was brought up and I was told to get my head right for the game. That night before the game, in the hotel, I was sitting in a room with Jason McGuinness, Gavin Peers and I think Aaron Greene was there as well. We were trying to forecast the outcome and the question came up that if it went to penalties again, what was going to happen … And it was written in the stars. You don't think about it, but subconsciously, it's in the back of your mind and it was difficult for Brendan. 1-1 at full-time and the assistant manager Gerry Carr told me to be ready. They were holding the last sub and if it went to penalties, I was coming on.

"While extra-time was going on, I was in another part of the Aviva, just kicking a ball against a wall, to warm my hands up. It was a surreal experience, having not taken part in the game and to be brought on in that manner. It was all about focus, concentration and making sure that you were mentally right.”

Even before all the silverware, Ciarán was already preparing for life after playing, with coaching and eventually management the ultimate ambition: “When I came back to Sligo in 2009, I was doing my badges. Paul Cook was good enough to let me do some goalkeeper sessions as well, so I was a goalkeeping coach and a player.

"We had Richard Brush, Brendan and then Gary Rogers came in, so I worked alongside all those 'keepers. My long-term goal was to be a head coach and that's why I went for my badges. It was one of the reasons why I left Sligo … To sail my own ship.”

This early planning led to the Mayo man taking charge at former club Castlebar Celtic in 2015 and afterwards coaching positions in Qatar, including his current role as Academy Manager at Lusail Sports Club: “It came up quite early in my coaching career, going back to 2012, while still a player. I had been given a little bit of advice that if I had the opportunity to go to Qatar, to do it.

"In 2016, myself and my now wife decided that going to a foreign country like Qatar would be the next step. I initially came over on two trips, just to network and see what the football scene was like … I haven't looked back since.”