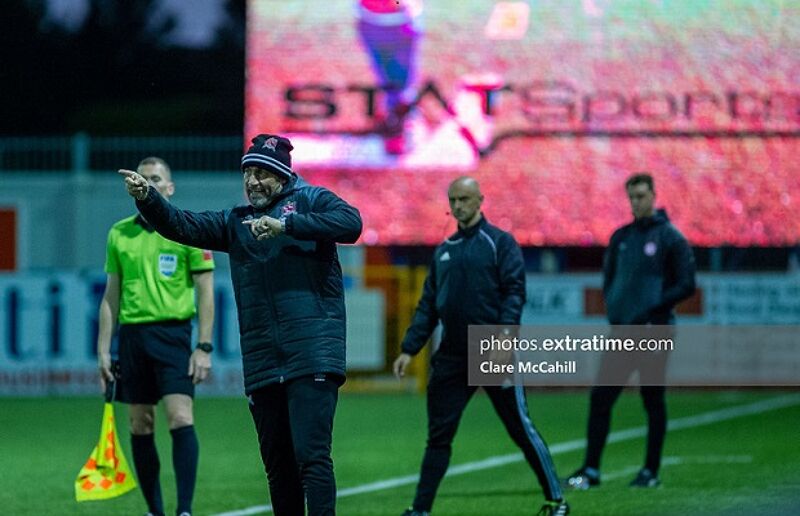 Moldovan top-flight kingpins Sheriff Tiraspol stand in the way of Dundalk’s latest shot at Europa League history when they host the Lilywhites this evening (kick-off is at 7pm Irish time).

On each occasion, the Moldovans have not made it out of the Group Stages, although they are still a force to be reckoned with.

Their Croatian manager Zoran Zekic has a squad packed with international experience – and there are only six Moldovans in his squad – four of whom are capped.

“It’s a massive game and one that we are looking forward to. It’s going to be tough because they play good football, but we have confidence after last week and we want to get through to the next round.

“We are bringing that confidence into the game and we’ll do everything we can to get the win.”

Ahead of their latest shot at Europa League history, Dundalk head to Moldovan’s Sheriff Tiraspol to face off in a third-round Europa League qualifier.

The Lilywhites come into the game after securing a one-nil win away to Andorrans Inter Club d’Escaldes last time out.

However, their win over Inter Club d’Escaldes came at a cost, with defender Andy Boyle being harshly dismissed for a second bookable offence in the second half.

As a result – it is likely that full-back Sean Gannon will appear for Dundalk as Dane Massey also is set to miss out through injury.

“I am looking at the game over 90 minutes and I know that I will need to use all of my squad, especially the three subs that I have, so I need to be smart and understand what way the game will be,” Dundalk boss Filippo Giovagnoli told his club’s media team.

“It’s not just about 11 players and trusting 11 players. In terms of numbers, our team is really powerful and players who don’t start the game can go in and change the game.

“I have no doubts about Sean (Gannon),” he said. “We went through some physical issues at the beginning where he didn’t participate in every practice but now he is doing very well and he will be a very important player between now and the end of the season.

“Let’s not forget that in the last game against Inter Club in Andorra, he came in at the most important moment after Andy Boyle was sent off. The trust we have in him is huge and he did really well.”

Patrick McEleney has travelled with the Dundalk squad after missing out on their trip to Andorra – while Boyle misses out with suspension along with the injured Massey.

Sheriff Tiraspol have won their opening ten league games of the Moldovan top-flight season – scoring 28 and only conceding 2 since beginning their campaign in June.

Dundalk on the other hand have won their previous three games on the spin under new manager Filippo Giovagnoli.

The winner of the tie between Dundalk and Sheriff Tiraspol will play wither Dinamo Tbilisi or Faroese side KI in the Europa League playoff round.