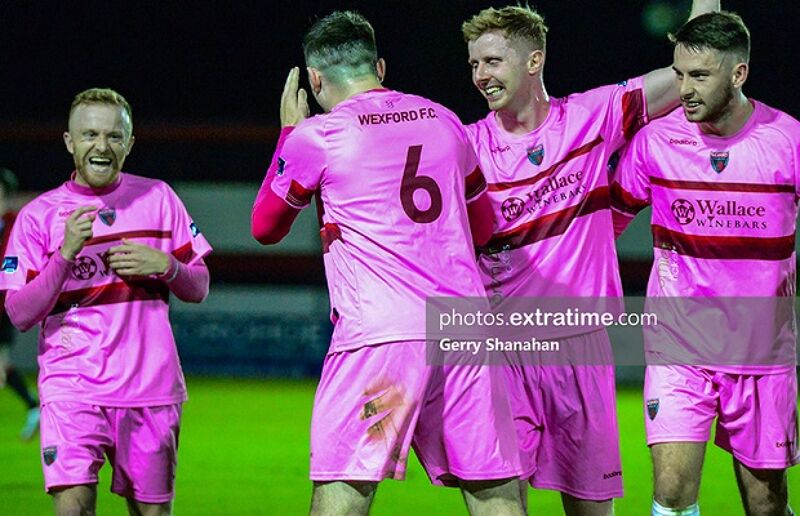 After another defeat, Wexford will be hoping to get back to winning ways when they host Athlone Town at Ferrycarrig Park on Monday night (kick-off is at 7.45pm).

The Slaneysiders come into the game off the back of a one-nil defeat away to Galway United at Eamonn Deacy Park.

The result saw the Slaneysiders go bottom of the table – and they have only scored six goals all season in their 12 games played.

Wexford have yet to release any updated team news, but it is expected that both Conor English and Karl Manahan will miss out with injuries.

Athlone Town will be looking to build on some positive momentum when they take on Wexford at Ferrycarrig Park tomorrow evening.

Adrian Carberry’s side come into the game off the back of a morale-boosting two-one win over playoff chasing Cobh Ramblers at Lissywoolen last time out.

Ben O’Riordan gave the Rams the lead on the 62nd minute before the lead was wiped out by Dean George’s equaliser minutes later.

And in the 83rd minute Athlone took the lead and, in turn, grabbed a winner through Ronan Manning’s spot-kick.

The result saw Athlone leapfrog Wexford into ninth position, leaving Brian O’Sullivan’s side rooted to the bottom of the table on goal difference.

Athlone have yet to release team news.

Wexford have lost their previous seven league games on the bounce – with their last win coming against Athlone on July 31st.

Athlone Town however have picked up four points from their previous two league outings with a draw against Cabinteely and a win over Cobh.

Athlone have the worst defence in the First Division with 31 goals conceded. However, they have scored a higher total than fifth placed Longford with 15.