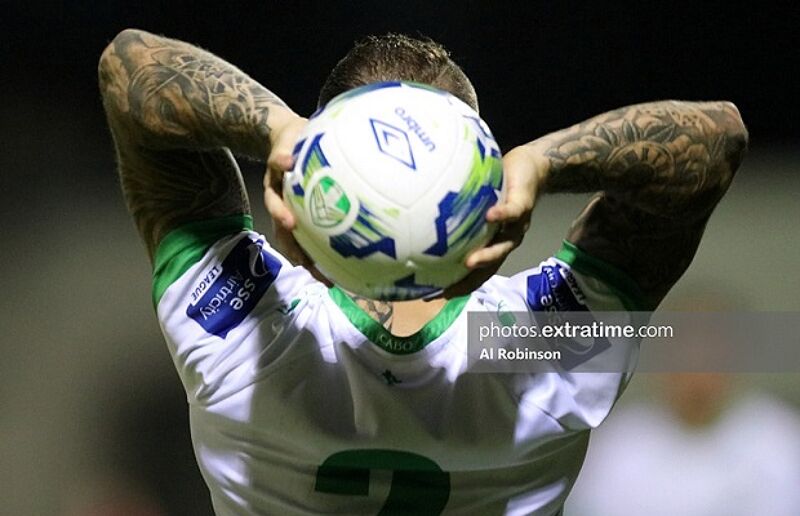 Shamrock Rovers II seek their second home win of the season as they host Cabinteely for the first time (kick-off 7.45pm).

Aidan Price’s side have been improving all season and were desperately unlucky not to take a point from Galway United last week.

Michael Leddy had cancelled out a first-half Shane Duggan strike and the Hoops looked set to hold on for a draw before Kevin Farragher struck in injury time.

Narrow defeats at home to Longford Town and Cobh Ramblers preceded that result as Price’s young side continue to adjust to the level of senior football.

Cabinteely will look to arrest their slide down the First Division table as they face an improving Shamrock Rovers II side in Tallaght.

Pat Devlin’s side are without a win in their last four league games, having led the league by five points at one stage.

Last week saw Cabo lose further ground as they could only manage a draw with bottom-placed Athlone Town.

The goals came in the space of three first-half minutes as Ronan Manning’s penalty for Athlone was quickly cancelled out by Christian Lotefa’s first of the season.

“I know it’s a cliché, but we will take one game at a time,” director of football Devlin told the club’s media team.

“Rovers are going to be tough. They have some very good players. We will approach the game in a positive mood. Hopefully, we can get a positive result.”

Cabinteely have some injury concerns and have opted to keep their identities secret, like undercover cops or Daft Punk.

This is the first time Cabinteely have played a competitive at Tallaght Stadium and their second-ever meeting with Shamrock Rovers II.

The first meeting between the sides, in March, saw Cabo run out 1-0 winners at Stradbrook Park.

Shane Barnes struck the winner in injury time after Daniel Blackbyrne had been sent off early in the second half.