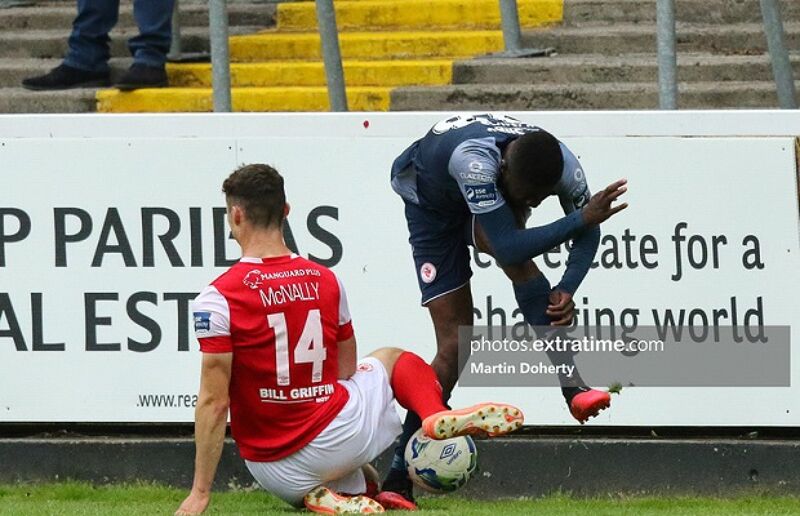 Derry City will be hoping to arrest their current spell of poor form when they welcome Stephen O’Donnell’s St Patrick’s Athletic to the Brandywell this evening (kick-off is at 5.45pm).

The Candystripes come into the game off the back of a disappointing performance against Finn Harps last week.

However, they did leave Finn Park with a point at least to show for their efforts despite having a number of players out through injury.

Saying that, Declan Devine did not dwell too much on the result in Donegal, and he is hopeful that he can engineer a win for his side this evening.

“We’ll have to be a lot better than we were on Sunday to get anything from this game, that’s for sure” he suggested to his club’s media team.

“We had to have an honest look at ourselves this week and we’ve done that. There isn’t too much time to dwell on what’s gone, however. It’s all about our reaction now, especially against a quality side like St. Pat’s.”

Derry were without Joe Thomson, Gerardo Bruna and Ally Gilchrist at Finn Park last time and the manager admits that trio are unlikely to figure on Friday night.

“Gerardo has been struggling for a number of weeks now while Joe has a hamstring problem. Ally is on the road to recovery but none of them will be risked.”

Stephen O’Donnell’s St Patrick’s Athletic will be hoping that they can get back to winning ways this evening when they face Derry City this evening.

The Saints come into the game off the back of a scoreless draw at home to Sligo Rovers – with Sligo seeing red at the death through Niall Morahan.

Following a nip and tuck opening half, the Saints asserted their dominance in the second half – and they perhaps left ruing a missed opportunity to get back into the Europa League race.

As the game went on Liam Buckley seemed to be content with a point on this trip to the capital and resisted the temptation to bring an extra forward on in the dying moments.

The draw didn’t really help either side too much, with the league so tight and so few games to go every win can change a teams outlook. Sligo stayed 5th while St Pat’s stay two places back in 7th.

The Athletic have yet to release team news ahead of this evening’s game.

Ian Bermingham has now made the most league appearances as a St Patrick’s Athletic player with 309 games to his name with his late introduction against Sligo last week.

Derry City have only won once at home since the League of Ireland restart, while Pats are winless in their last five games.