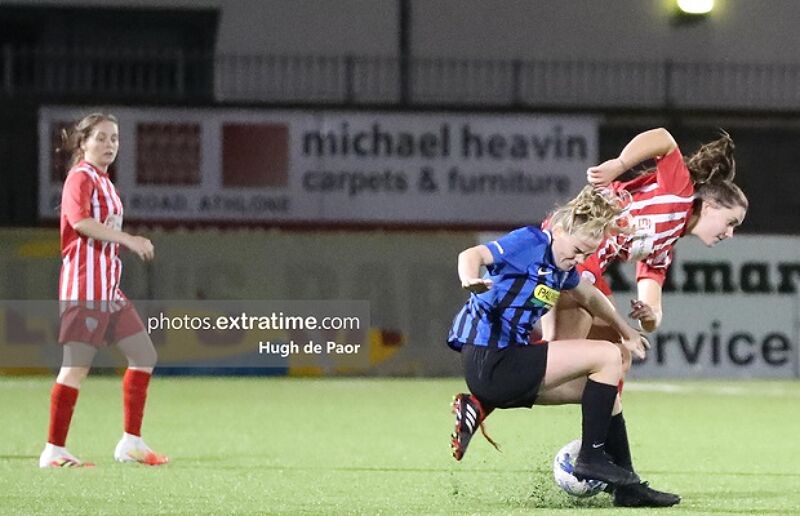 Cork City can make it three wins from three in Bishopstown on Sunday as they host Athlone Town for the first time (kick-off 2pm).

Rónán Collins’ side backed up a 4-3 win away to Bohemians with a 5-2 win over Treaty United in midweek.

City led 5-0 with five minutes remaining following a brace from Sophie Liston and one each from Eabha O’Mahony, Zara Foley and Christina Dring.

Aoife and Rebecca Horgan pulled back one apiece for the home side but City ran out handsome winners to replace their opponents in fifth place.

Athlone Town will look to build on their first-ever victory in the Women’s National League as they make the long trip south to Cork.

A 3-2 win in an enthralling encounter with Treaty United last week saw the midlands side put up their first points in senior football.

Athlone twice trailed to Aoife Horgan goals but strikes from Katelyn Keogh and Paula Doran levelled things up before Kellie Brennan netted the winner after the break.

Goals from Laura Matthews, Kayleigh Shine and Ava Gowran helped the midlanders to a 3-2 win.