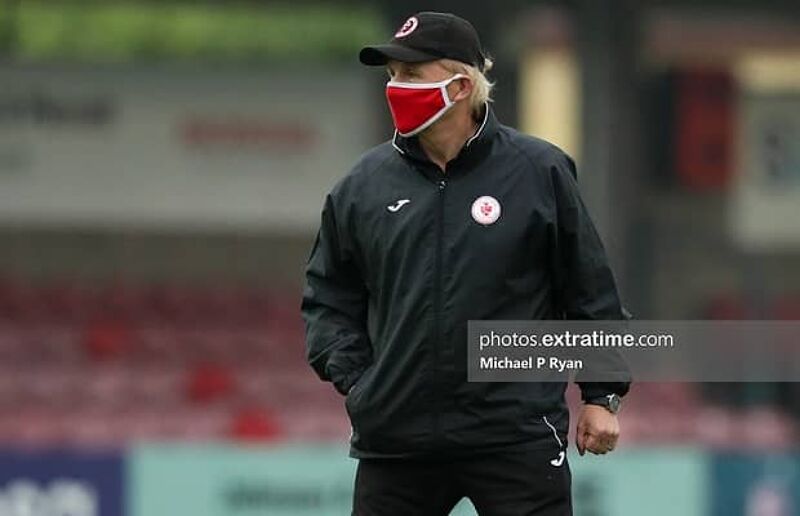 Richmond Park welcomes back one of its most beloved sons on Saturday evening as Liam Buckley’s Sligo Rovers land in Inchicore (kick-off 5pm).

Buckley spent eight years in charge of Pats over two spells, winning two league titles and an FAI Cup, before standing down in 2018.

Sentiment won’t come into the equation for Stephen O’Donnell’s side, however, as they eye their first win in more than a month.

Defeats to Waterford and Bohemians, as well as a scoreless draw at home to Shamrock Rovers, have seen the Athletic drop to eighth place.

A win over Sligo would see the Saints move up to sixth and within three points of the top four.

"Liam has a real history with Pat's and was really successful here so we will welcome him back to Inchicore with his Sligo team,” O’Donnell told the club’s website.

“His sides always like to play football and so do we so I think it'll be a good, entertaining game on Saturday.

"We are hoping to get back on track and, with eight games to go, we want to go on a bit of a run and propel ourselves into the top half of the table with a view to getting up towards the European spots.

“That is the aim and all the players are really dialled in on it and looking forward to the game."

O’Donnell has a clean slate of injuries and suspensions so has a full squad to select from.

Sligo Rovers can go third in the table should they manage to put together their fifth win on the trot in all competitions.

The Bit o’ Red have been in hot form since the resumption, with an uncharacteristic 3-0 defeat to Cork City the only blip on an otherwise perfect record.

Five wins from six league outings has seen Liam Buckley’s side rocket up the table, having gone pointless in their opening four matches.

Harps had equalised through Mark Russell, but red cards for Mark Coyle and Kosovar Sadiki proved too much as the Harps defensive effort crumbled.

“There wasn’t a lot in the game last Monday, it was an important win when you factor in the league table and how things are,” Buckley told the club’s website.

“It’s a hard, hard league and every game is a big ask. Looking back on Pat’s last week, the scoreline did not reflect the game, it wasn’t a 3-0 match.

“They’re right in the mix as as all the teams are. We’ve been producing a serious effort in these games. The credit goes to the players, they are putting in these shifts.”

St Patrick’s Athletic came out on top when the sides first met this season, at the Showgrounds in February.

First-half goals from Ronan Hale and Chris Forrester saw the Saints to an easy victory, despite losing Ollie Younger to a second-half red card.