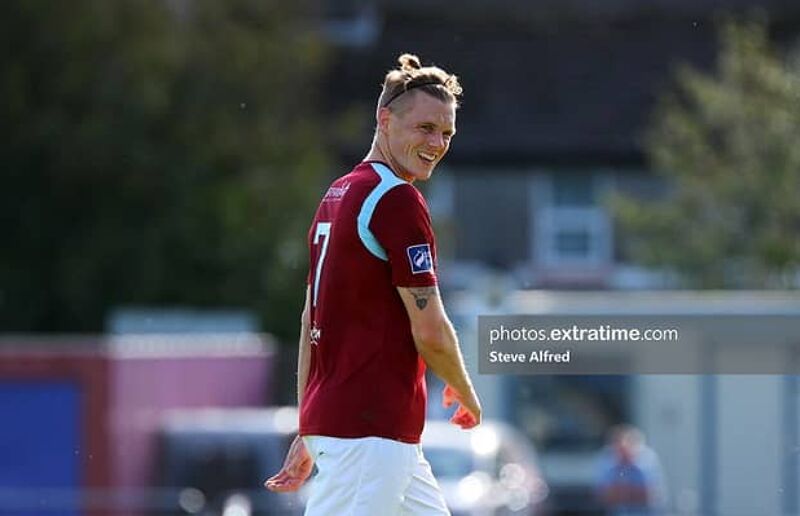 After a spell of good form, Cobh Ramblers welcome UCD to St Colman’s Park on Saturday evening (kick-off is at 7.45pm).

The Rams come into the game off the back of two back-to-back wins away to Drogheda United and Shamrock Rovers II.

“But we believe that there’s a lot more to come from us. We can actually play better I feel. Even though we’re winning games, we can still improve and push on further.

“We don’t really fear anyone at the moment, we’re putting in the hard work and we feel confident. Our aim is promotion and as we win games people will talk about that more and more but it’s still very early, there are a lot of big games yet to come.

“We’ll take each game as it comes and see where that takes us. In the last few years, we would go up against the top teams and hope that we might get something out of the game.

“Now that we’ve played every team and seen them all, I don’t think we should fear anyone else. We back ourselves whoever we play, including this week against UCD.

“They’re a good side but we’re at home, we’ll look to impose our game on them and keep up our good run.”

Darragh Crowley and Pierce Phillips are both considered doubts for this evening’s game.

After suffering a disappointing home defeat to Galway United, Andy Myler’s UCD will be looking to get back to winning ways when they face Cobh Ramblers at St Colman’s Park.

The Students competed well against a physical Galway during the first-half of Monday’s defeat, but they were eventually seen off by John Caulfield’s side.

However, UCD will take confidence from last week’s defeat with the likes of Evan Weir and Eoin Farrell both impressing at times.

“We’re always trying to give young players a chance to play at the highest level,” Myler told extratime.com.

“Adam (Verdon) is a good player, Eoin Farrell and Evan Weir are there as well from our 19s set-up and we’ve got high hopes for them. That’s what you want to see but it can be difficult at times.

“It can be a bit more difficult to blood young guys when we’re in the heat of battle. They’ll get their chance and I’ve no doubts they’ll take it when they do.”

He added: “We’ll try and win every game now. We’ve got eight games to go and I promise that we’ll be looking for 24 points.

“We’ll try and win every single of them. We may not do that but we’ll certainly go out with that intention to win every game.”

Cobh Ramblers fell to a late defeat against UCD on the last occasion both teams met, with Yoyo Mahdy grabbing a late winner for Andy Myler’s side.

Cobh Ramblers last win over their Dublin opposition came in July 2017, when they secured a 1-0 win at St Colman’s Park.