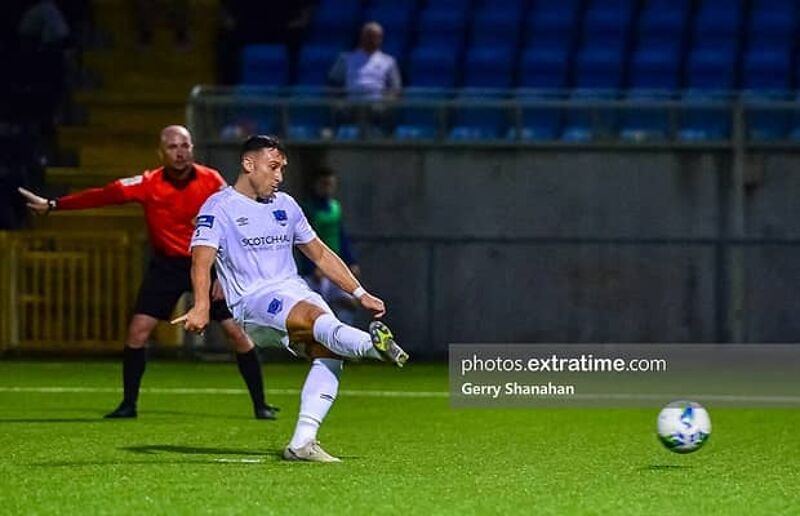 Drogheda United will look to return to winning ways on Monday night as Tim Clancy’s side face league leaders Cabinteely at United Park (kick-off is at 7.45pm).

Drogheda come into this game off the back of a costly one-nil home defeat on Friday evening to Cobh Ramblers.

New Cobh recruit Naythan Coleman got the winner for Cobh as a defensive error allowed the forward in on goal and he beat David Odumosu one-on-one.

That result leaves Drogheda third in the league, three points behind both Cabinteely and Longford Town, and level on points with UCD and Bray Wanderers.

In team news, there are again no suspension worries for Tim Clancy, but midfielder Luke Heeney and goalkeeper Luca Gratzer are again set to miss out.

Defender Jack Tuite is doubtful due to an injury which saw him miss Friday’s defeat to Cobh Ramblers.

After a disappointing recent run of results, Cabinteely make the trip to Co. Louth to face Drogheda United.

The Green and Whites have lost their last three games, losing to UCD, Bohemians and Bray Wanderers.

As a result, Cabo now lead the First Division on goal difference – meaning there are now just five points separating the top five placed teams in the table.

“I’m sure it’s going to be a cracking league from now on in. There’s going to be some interesting games,” Cabinteely’s Pat Devlin told his club’s media team.

“It is a quick turn-around (it is Cabo’s third match in eight days). It is hard on the players. We mixed it up against Bray.

“We left some players out. We have to shuffle the pack against Drogheda. Then we are very quickly up against Athlone on Friday. It is not easy. But we have to get on with it.”

Cabinteely are once expected to have a number of players missing through injury while Kevin Knight remains out serving a three-game ban.

He will return to action on Friday evening for their home tie against Athlone Town.

Cabinteely have only won at United Park once previously – with their sole win on Boyneside coming in March 2019.

The last game between the sides saw Drogheda United run out comprehensive 5-1 winners over Cabinteely in the promotion playoff semi-final.

Cabinteely have conceded eight goals in their previous three games, scoring none.