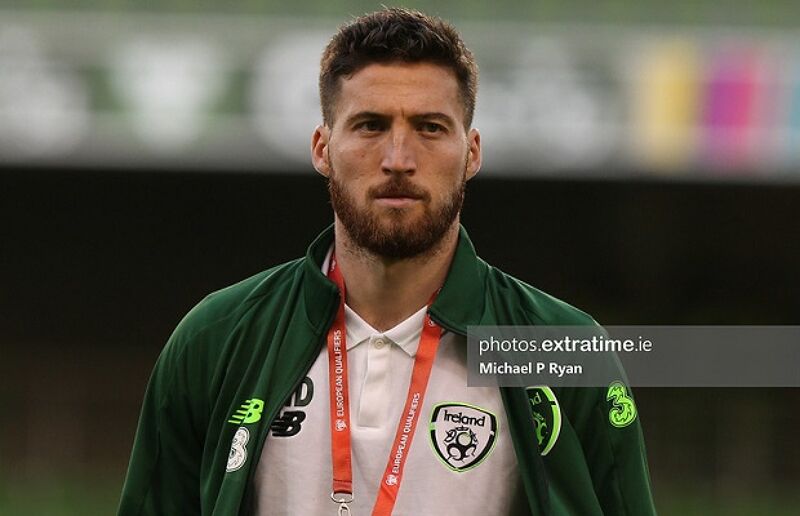 Not for the first time in recent months, Kenny yesterday referenced his disbelief in the fact that Doherty, at 28 years of age, has just nine senior caps for Ireland.

Doherty will be keen to significantly improve that figure in the coming years and there is a real feeling that his time is now.

The early days of his Wolves career featured loan spells at Hibernian and Bury, and Wolves even a stint in League One in 2013.

Successor Kenny Jackett also favoured the 28-year-old as his first choice for the season spent in League One and Doherty was a key part of the sides immediate promotion back to the Championship.

Since then, Doherty has shown a steely determination in improving his season stats year on year making an average of 42 appearances a season during his four-year Championship stint before becoming a Premier League regular in 2018.

This season Doherty has improved on those numbers once again making more than 50 appearances for Wolves during a lengthy 13-month season, including European exposure with an impressive run to the Europa League quarter-finals.

The Ireland manager thinks that Doherty will enjoy quite a bit of game time under his new club boss Jose Mourinho and if that turns out to be the case, he may start to become a lot more familiar in a green jersey in the coming years too.

Doherty has contributed his fair share of goals as a right back for Wolves in recent years scoring eight last season and seven in the season just gone.

"Matt, I think has been very undervalued by Ireland. Only three competitive starts for Ireland and he is 28 years of age. It's quite a stark statistic really for me," said Kenny.

"I think if your full back is scoring goals it's a really big asset. I's great value for Tottenham.

"I really think it's a great deal for Tottenham. Matt has showed his character by getting some late, late goals.

"Even for Ireland this year against Denmark, playing right back and scoring a header at the back post in a conventional right full position.

"For Wolves as well, we've seen him so many times scoring goals and popping up from that same position and assisting as well.

"I think Matt will get a good bit of game time under Jose Mourinho as he has developed himself into one of the best full backs around."

With a four-year deal signed at Spurs, a career-best season in terms of top flight appearances and a healthy contribution in a key area that Ireland have sorely lacked in recent years, all of the signs are positive for Doherty as he looks to establish himself once again, this time in that right back slot for Ireland.

Troy Parrott has withdrawn from the squad with an injury that he picked up playing for Millwall on Saturday afternoon. Preston striker Sean Maguire has been called into the squad to replace.

Meanwhile, James McCarthy is in camp and will be assessed and monitored over the coming days.

"James McCarthy played midweek for Crystal Palace and got a knock on the back of his leg. He was quite sore after it so we will assess him today and see how he is," explained Kenny.

"I know James is very keen to come back and play for Ireland and it's been a few years since he has played but he really would be a huge addition to us.

West Brom defender Dara O'Shea has been called into the squad as well and provides solid cover across the back four for Kenny this week.

"We have added Dara O'Shea to the squad, Dara has come through the ranks with Ireland right through every year.

"He has shown himself as very capable of playing in all four positions with West Brom last year. With one or two of the injuries and strains, we've given ourselves that bit of additional cover."