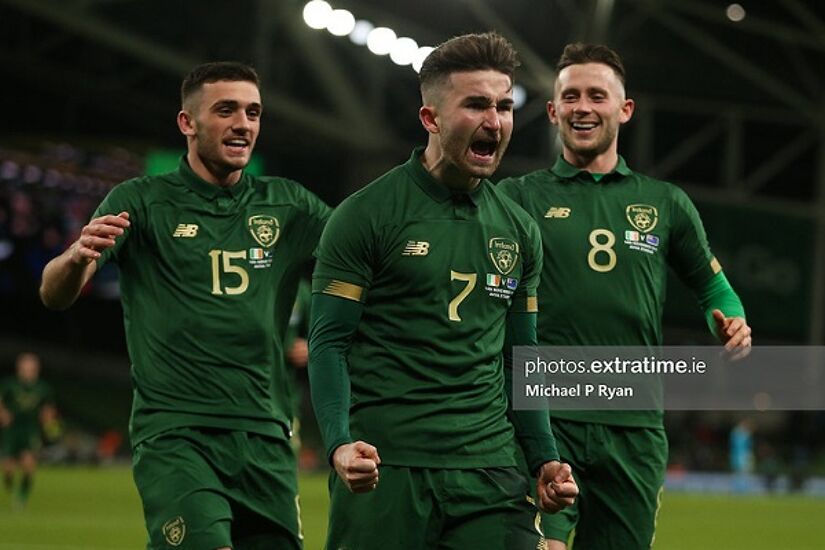 Sean Maguire has been called into Stephen Kenny’s squad after the Ireland manager was forced into a change to his original selection after Troy Parrott reported injured for duty earlier today.

Kenny is facing a tough task to prepare his squad for upcoming games with Bulgaria and Finland with just a number of days remaining until the first ball is kicked of his international tenure.

The former Dundalk boss has admitted that it is key for him to try and get his message across in rapid fashion, between now and Thursday, of how he wants his players to play as he meets the squad for the first time in the flesh, with most of his conversations with his players taking place on Zoom and Microsoft Teams up until now due to Covid-19 travel restrictions.

Also being called in is West Brom’s Dara O’Shea who is called up to the Senior Squad for the very first time.