Ross Gaynor: 'With football in Ireland, you're moving from club to club to play. It's a good life, but you don't get the opportunity to buy a house and stay put' 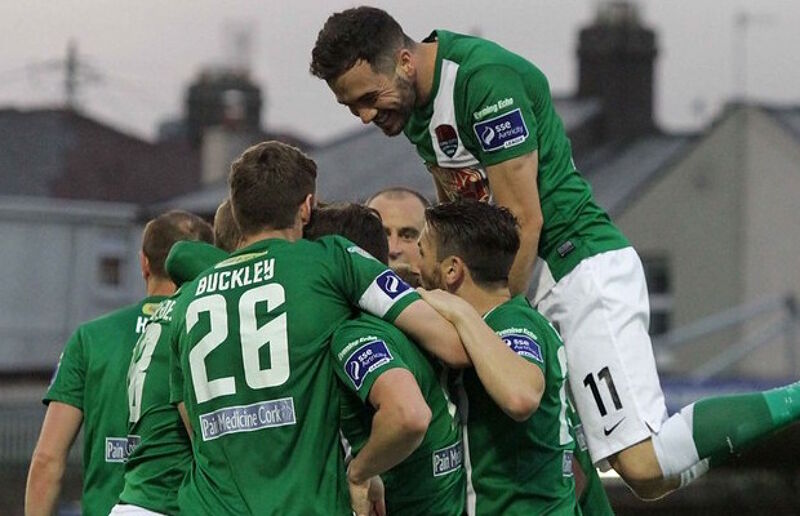 Having played in England, Northern Ireland and virtually every corner of the domestic scene, Ross Gaynor left senior football behind at 29, to pursue a career in banking, which permitted a long-held desire of a return to his native Ardee.

Youth football at Belvedere preceded Ross signing for Millwall in 2007 - a year which also saw him loaned out to Sutton United and grabbing a brace on his U-21 international debut:

“It was during a tournament in Portugal, Madeira and Spain. We had a great side, with the likes of Anthony Stokes and Darren Randolph involved. I got my chance and they were both instinctive goals. The first, I was lucky, as it went in off my head, but the second was a good finish. Previously, for the U-17s, 18s and 19s I scored on my debut as well, so it was nice to keep up that tradition.”

The following year, the young winger left Millwall on his own terms, in favour of being within easy reach to familiar surroundings and those closest to him:

“At Millwall, under Kenny Jackett, I was offered another year on my contract, but I wanted to go home, see my family and try to put down a few roots. It was between Bohemians and Cobh, but as there were only four months left in the year, I knew I wouldn't get much game time at Bohs. Stephen Henderson of Cobh gave me a ring and told me that I'd be playing every game until the end of the season. He wanted me to show the league what I could do and get my move after that to a better side, which I did, at Sporting Fingal, who at the time, were an up and coming side.”

A loan spell at Drogheda and permanent stint in Dundalk is about as close to Ardee as you can get in League of Ireland terms, but nevertheless, the Louth man ended up joining Sligo Rovers in 2012.

This was the season that Gaynor got introduced to playing at full-back - a positional change usually afforded to ageing wingers, not one entering into his prime.

“The way Ian Baraclough played, the full-backs were actually wing-backs and we would have done more attacking than the wingers. We played with a diamond formation the year we won the league, which meant that the full-backs, me and Alan Keane, got freedom on both sides. The only reason I was put there was that Iarlaith Davoren got injured in pre-season.

“My first game in that position was Shelbourne away and I got two assists. I had that natural tendency to attack already in my game, so I really just had to focus on my defending. I had a lot of experience, in Jason McGuinness, Gavin Peers and Gary Rogers to look after me, so I was blessed.”

In addition to capturing the Premier Division title with Sligo, Ross appeared as a substitute during the 2013 3-2 FAI Cup final victory over Drogheda United. An achievement even more satisfying, considering an unlikely comeback subsequent to a serious mid-season injury.

“We were playing Shamrock Rovers in the summer. I stretched for a cross and felt my knee medial ligament go. It was a grade two year, which is normally four months out and there was only three and a half months left in the season, so it was going to be a race to get fit in time.

“We had great physio staff in Sligo and thankfully, I played the whole last league game at home against Drogheda.

“That made me available for the squad and even to get on in the final was amazing. I wasn't supposed to come on, but one of the guys (Aaron Greene) got injured and the rest is history, as it was one of the greatest moments of my career, to win the cup with all the fans at the Aviva."

Travelling the country while getting paid to play football may appear as an ideal career, but before turning 30, Gaynor elected to secure his long-term future back where it all began:

“I had two good years at Dundalk, but then their budget took a bit of a turn. Sligo then offered me a contract and they'd just won both domestic trophies.

“There were good opportunities there and probably the best manager I ever had, in Ian Baraclough, who I worked well with. He left and I didn't really get on with the fella (John Coleman) who came in, but then John Caulfield offered me a contract at Cork, so I went there. I enjoyed my time in Cork, but I wanted to be close to home after that.

“There were a couple of options in Dublin, but when I met David Healy, he showed me around Windsor Park and there was a two-year contract on the table. I could still live in Ardee and travel up two nights a week, which was perfect for me.

“I was studying subjects like Physical Therapy and Sports Therapy and so already had an eye for life after football. Even when I was at Sligo, I was always looking to do something. I was seeking another club after Linfield and an interview for a job in the bank came up. I had no experience, not even in interviews, but decided to go for it. I was offered a full-time contract at Permanent TSB at entry level.”

“I was 29 and studying banking to be a QFA (Qualified Financial Advisor). It was the perfect opportunity to start a new career - one which allowed me to lay down some foundations in Ardee and settle down.

“With football - especially in Ireland, you're moving from club to club to play. It's a good life, but it's not the best because you don't get the opportunity to buy a house and stay put in a particular area. It's a decision that's gone really well so far.”