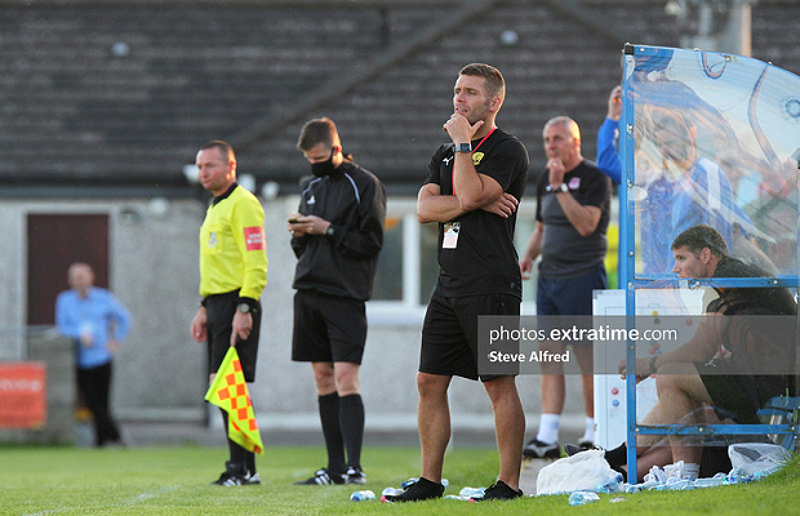 Galway United have announced that they have parted ways with manager Alan Murphy.

The announcement comes after Galway’s loss to Drogheda United on Monday evening.

Murphy leaves with the club sitting in ninth place in the League of Ireland First Division and yet to win a match this season after seven games.

Galway were in 7th place in the First Division at the conclusion of his only full season in charge last year, the club’s lowest ever finish in the League of Ireland.

This ends the Mayo man’s long involvement with The Tribesmen having made his debut as a player as a teenager in the late 1990s.

His playing careers also took in stints with Derry City, Shamrock Rovers and Mervue United before Murphy returned for a fifth time in 2018.

He wrote himself into the club’s history when he scored his 75th league goal for United against Cobh Ramblers in 2018.

Having also managed the Under 17 side at Eamonn Deacy Park, Murphy took over the running of the first team after Shane Keegan departed in July 2018.

“Galway United FC can confirm that they have decided that Alan Murphy will leave his role as First Team Manager at the club.

“We would like to thank Alan for all of his hard work and wish him all the best in the future.

“We will not be commenting further on the matter and will begin the search for a successor immediately.”