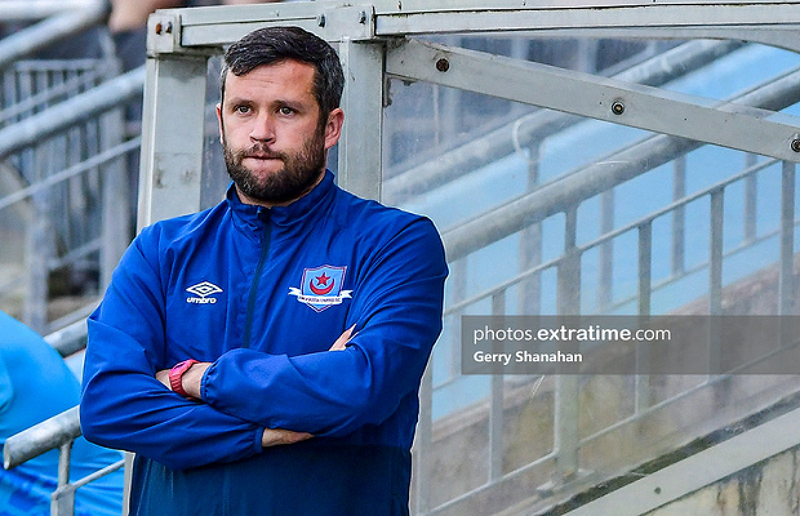 The Boynesiders will be looking to move on from their draw against Athlone Town this weekend when Galway United make the trip to United Park on Monday night (kick-off 7.45pm).

Tim Clancy’s men will be keeping a close eye on action elsewhere when the teams above them in first and second place play each other as Longford Town host Cabinteely in Bishopsgate.

Drogheda will be disappointed to come away from Athlone Town Stadium with just a point after coming from behind twice before leading in the dying minutes after a Chris Lyons goal from the penalty spot.

Ronan Manning put a damper on their celebrations when he scored a penalty in the final minute of normal time for The Town.

Attention now turns to the visit of Galway United who can’t seem to buy a win at the moment and the Louth side will be hoping the visitors poor form continues on Monday night.

The Tribesmen have gone seven games without a win in the Division, going back to the end of last season, and Alan Murphy will be feeling the pressure in United Park on Monday night.

Galway seem to have turned a corner performance wise, judging by last Friday night’s game against Longford Town in Eamonn Deacy Park, but they still came away empty handed after Aaron McCabe scored in the second half.

Things will have to change quickly for Galway if they want to stay in the mix for the playoffs this year but United Park will be a tough place for the side to go and turn their fortunes around, especially since they haven’t won there in a decade.

The last time The Tribesmen won a game in United Park was in June 2010.

If Drogheda win on Monday night they can move into second place in the First Division.