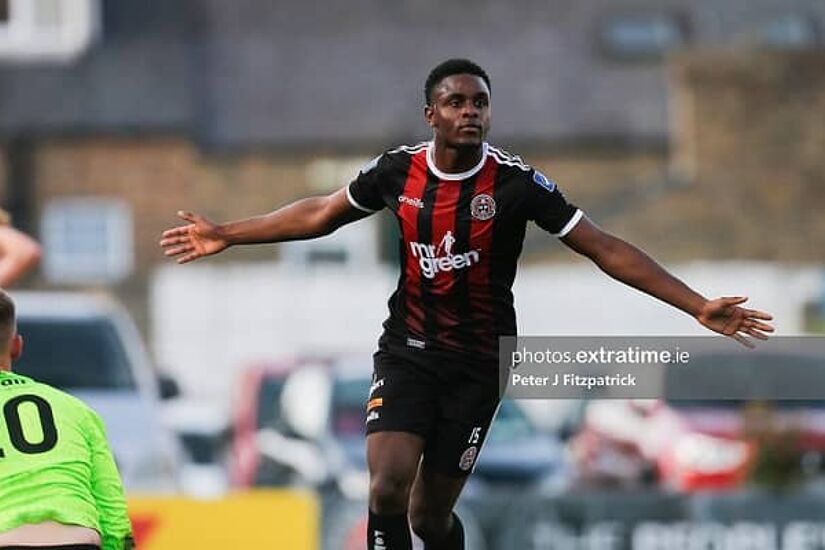 Andre Wright struck after just four minutes to earn Bohemians three points over Cork City as the first weekend of football since March drew to a close.

The English striker pounced after Mark McNulty had parried a Danny Grant strike to move Keith Long's side within a point of second-place Dundalk.

Goalkeeper McNulty, selected ahead of early-season number one Liam Bossin, did well to parry a bending Grant shot away from goal.

He appeared to have pushed the ball wide enough to clear the immediate danger but striker Wright had other ideas, stretching to put the ball back across goal and in off the post.

Great skill and shot from Danny Grant and Andre Wright turns the ball home to give Bohs the lead!

It’s a familiar feeling for City, who had conceded 11 and scored just once coming into the game, but they have shown some spirit with debutant full-back Uniss Kargbo particularly impressive.

Left winger Deshane Dalling forced a decent save from Stephen McGuinness, but Arsenal loanee Joseph Olowu was equally lucky not to see red for a reckless challenge on halfway.

City pushed for a late equaliser and thought they had it when sub Daire O'Connor pulled the ball back for Deshane Dalling in injury time, but the winger couldn't get his shot away from eight yards.

Read live updates as they happened here with Diarmuid Daly.