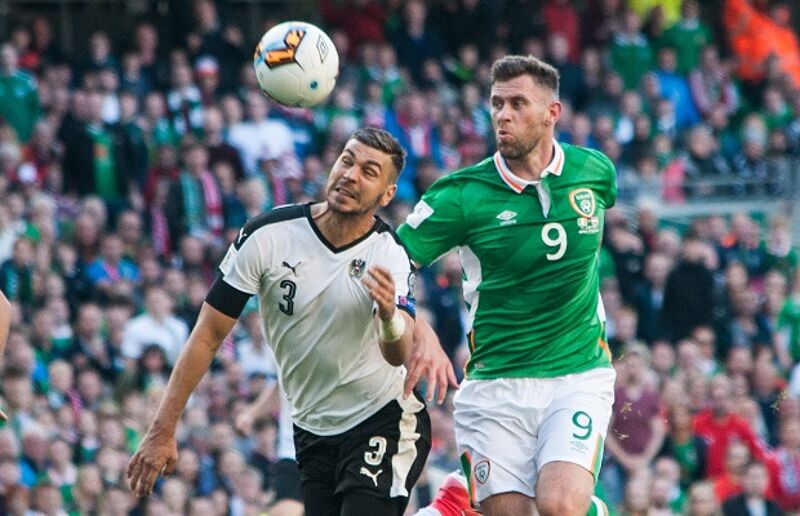 Former Republic of Ireland international Daryl Murphy has signed for Waterford following the expiration of his contract with Bolton Wanderers.

The former Sunderland, Celtic and Ipswich Town hitman will make the return to his hometown club 15 years after leaving for the north east as he looks to wind down his career in the League of Ireland.

Manager John Sheridan confirmed following the Blues’ 1-0 win over Shelbourne on their return to action that 19-year-old midfielder Jake Davidson is also set to arrive from Dundee United.

Murphy is nursing a calf injury and remains three or four weeks away from a return to action, while Davidson will miss Tuesday’s trip to Sligo Rovers as he fulfils his 14-day quarantine.

“Daryl is three or four weeks away,” Sheridan confirmed to extratime.com.

“He’s injured at the moment, a calf injury, but he’s back in light training so we’ve got to be careful. He’s in the physio’s hands.”

John Sheridan confirms Ireland International Daryl Murphy has signed for Waterford but is three or four weeks away from returning to action.

Murphy and Davidson are among a number of additions to the Waterford squad at the end of a tumultuous summer that saw manager Alan Reynolds leave to become Vinny Perth’s assistant at Dundalk.

Michael O’Connor has returned on a permanent basis and is due to return in the next couple of weeks after getting injured in a pre-season game with Shamrock Rovers.

The biggest name of them all is Murphy, who has spent the past two years with Lancashire club Bolton after negotiating a release from his contract with Nottingham Forest.

The 35-year-old had been on the books with Newcastle United and scored six goals in 18 appearances to help them to the Championship title in 2017.

Murphy earned 32 caps for Ireland over ten years, scoring three goals and representing his country at the European Championships in France in 2016.