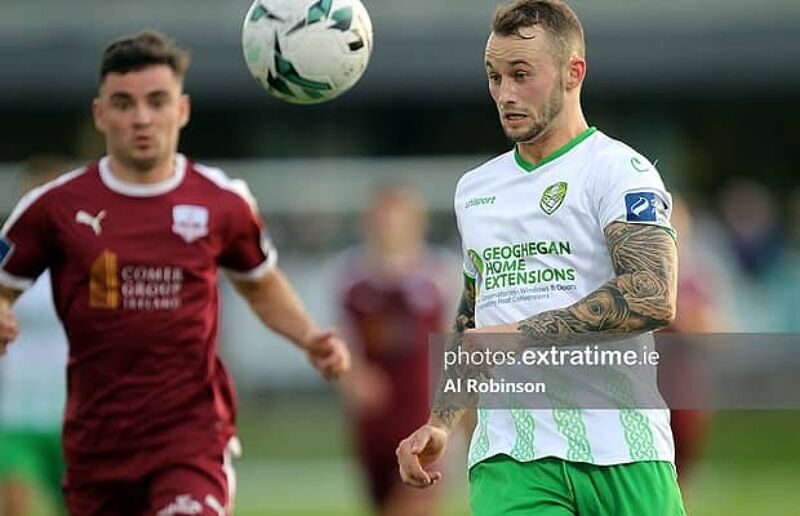 The Tribesmen are looking for their first win of the season as Cabinteely visit Eamonn Deacy Park on Friday night (kick-off 7.45pm).

Just two draws from their opening games, and a postponed fixture with Athlone Town, before the season was halted due to Covid-19 will have frustrated United.

Alan Murphy’s men must now try and bridge the gap between themselves and their visitors who are top of the table.

“The players and staff have worked hard during the lockdown and also since we’ve come back for our second pre-season.

“It’s time for us to hit the ground running on Friday against an experienced Cabinteely side who have enjoyed a very good start to the season before Covid hit.

“Cabinteely will be looking to kick-on and continue their good start, so it will be a very difficult game for us.

“We’re hoping to showcase the strength that we have in our squad and also the good work that we’ve been doing over the last few months.

“It’s a different league and changed times compared to normal, but we’ll look to have a Friday night at Eamonn Deacy Park where we’ll be able to create our own atmosphere. We hope to perform to the best of our ability and we’ll look to get a really positive result.

“The club has worked very hard to deliver the game to our supporters via live stream, this is hugely important.

“It’s changing times, there’s a lot of people in the Galway region and further afield that really have been starved of live football and I think this is a really good chance for them to experience that.”

Galway will be hampered by the long list of absentees for their first game back after the season was postponed, and the side will surely be worried with another game to come on Monday night against Athlone Town.

Captain Shane Duggan is only now getting the opportunity to serve the first of his two game suspension after a sending off earlier this season.

Shane Doherty is out of contention due to self-isolation after only recently arriving back from his home in the United States and Alberto Cabanyes is also unavailable. Just the nine absentees then.

It may be early days still this season but Cabinteely will be looking to stretch their lead at the top of the table as they travel to Galway three points ahead of Drogheda United and Longford Town.

Pat Devlin’s side were in perfect form before the season was postponed with three wins from three to open their account this season.

It’s a long time since Cabo defeated Shamrock Rovers II on the 8th of March, however, and time will tell if the South Dublin side will be able to carry over that form into the First Division restart.

“We’ve to go to Galway. It is a big game. We have been back a month now. So, hopefully we can kick on from here," said Cabo boss Pat Devlin.

“We’ve two away matches coming up – Galway and then Wexford next week. So, it's going to be tough.

"But the squad has trained well. Every club is in the same position. We just need to apply ourselves to the best of our ability and see where that takes us.”

The long list of absentees at Galway will be music to Devlin’s ears and Cabinteely will not have many better opportunities to get a win over Galway, which is something they have struggled to do in the past.

Daniel Blackbyrne misses out for Cabo as he serves a suspension.

Galway and Cabinteely have only faced each other six times since the Dublin club’s inaugural season in the League of Ireland. United have only lost one of those meetings. A 1-0 defeat in Stradbrook last March.

Cabinteely have won all three of their First Division games so far this season, while the Tribesmen have yet to secure a win in their league campaign in 2020.

Cabinteely’s Shane Barnes is the First Division’s top scorer with three goals to his name.