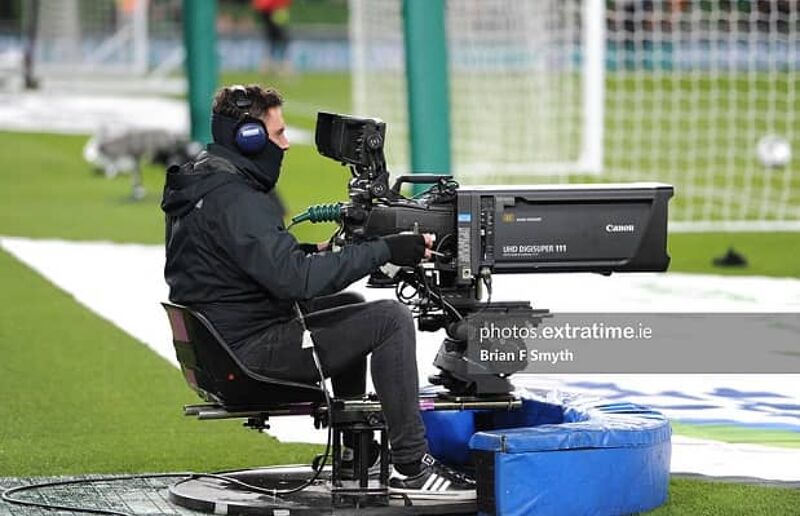 With reporting by Dave Donnelly and Andrew Dempsey

Two days before the return to action, First Division clubs have been informed by the FAI that they must not charge fans to stream second-tier games in order to avoid competition with its own WatchLOI platform.

A circular was sent out by the association to the ten clubs to inform them that, while games may be streamed for free, fans must not be charged to watch them.

This is contrast to the FAI’s paid platform, which offers live streams of all non-Eir sports broadcasts to fans for €55 (or €69 outside Ireland, including Eir games).

The news will come as a blow to a number of First Division clubs who have invested in broadcasting equipment in expectation that they could provide paid streaming.

“The FAI is happy to approve the right for First Division clubs to stream their regular season league matches live for this season only,” the association advised.

“But it must be noted that clubs cannot charge a fee for access to these streams due to existing agreements in place surrounding distribution of funds from WATCHLOI. All streaming rights will be reviewed at the end of the 2020 season.”

Sources have told extratime.com that several First Division clubs were in the process of establishing streaming options considering the news that First Division matches would not be covered on watchloi.ie.

However, it now remains uncertain as to what will now happen concerning First Division matches being streamed.