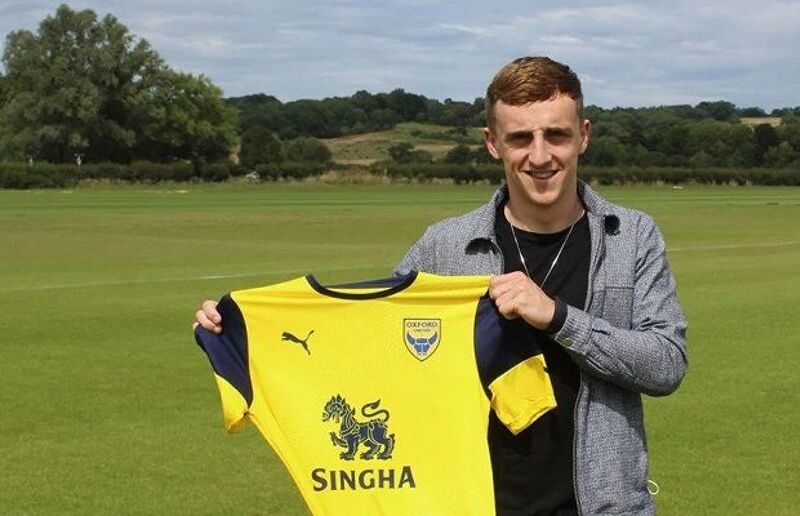 The winger, who helped Linfield to the 2019/2020 NIFL title by scoring 13 goals and assisting 17 times for Linfield last term is expected to sign a three-year deal at the Kassam Stadium.

The 24-year-old joined Linfield in the summer of 2018 and has continued to grow under Blues boss David Healy.

Cooper’s new manager Karl Robinson who has also managed the likes of Charlton and MK Dons is hopeful that with the right help Cooper can take full time football in his stride and continue to improve as a player.

“He is a real talent. He has pace and creates chances for others as well as scoring so it’s an exciting signing,” Robinson told oufc.co.uk.

“People talk about the step up to full time football but we have shown with Gavin Whyte and Mark Sykes that players can make that step provided they have the right help and the right mentality and it is great to have Joel with us when we report back for pre-season,” the former MK Dons boss added.

Cooper also spoke after the announcement, thanking multiple parties at his former club.

“I want to thank everyone back home, especially everyone at Linfield; it was a big decision to make the move to Oxford but I know I have made the right choice and I can’t wait to get started,” United’s newest acquisition told ouf.co.uk.

Last season saw United lose 2-1 to Wycombe in the final of the League On Play-Offs, so Cooper will be hopeful he can help Robinson’s side go one better next season in their bid for promotion.