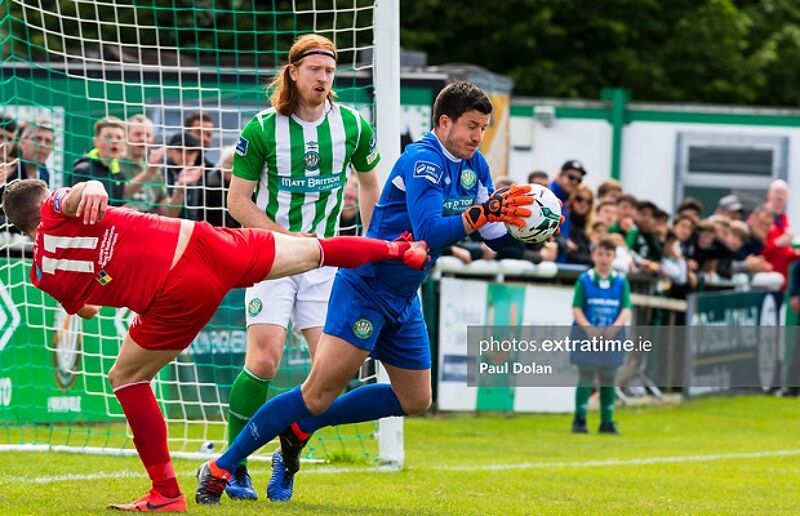 Gabriel Sava and Matthew Lynch have signed new deals with Warrenpoint Town, the club have revealed.

Lynch has been at the club since January 2018 but has had a number of injury set backs of late. Before Warrenpoint, the midfielder spent time at Glenavon and Linfield.

Sava’s last club in the League of Ireland was Bray Wanderers and before that he enjoyed a successful four year spell with Dundalk.

He moved north of the border in January of this year and had clearly impressed enough, before the Covid-19 shutdown caused the NIFL season to be curtailed, that manager Barry Gray chose to offer the pair a new deal.

“Gabriel has proved from January that his experience and know how can be a valuable asset to the team going forward so I am really pleased to get this deal done. This will also us to have two great option in the goalkeeping department, and I have no doubt this competition will be healthy for the team.

“Matty has been very unfortunate with injury during our short time at the club so far, however he has demonstrated great professionalism and commitment and I am really looking forward to him returning in preseason and pushing hard for a starting position in team. I have no doubt in his ability and he will prove to be an important part of rebuilding going forward.”