Keith Long: You have to make a conscious decision to look outside the league for talented players 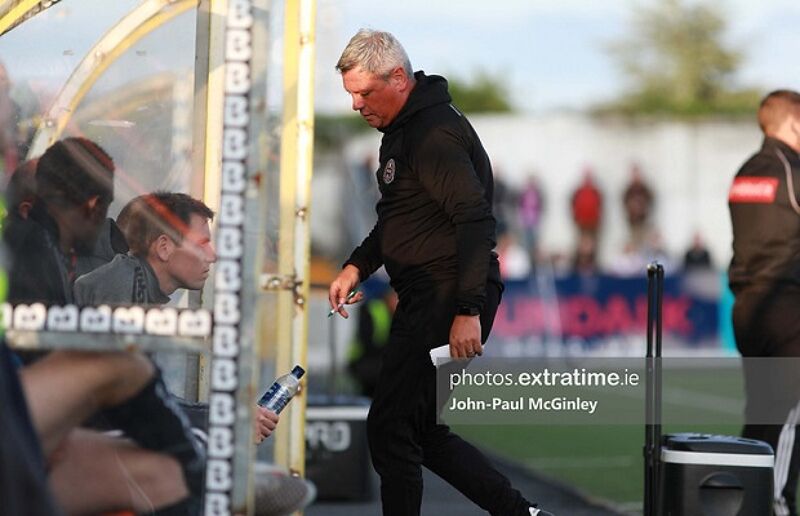 After being in and around three title-winning campaigns as a player, Keith Long has developed into an astute manager, who one day might guide current club Bohemians into a similar position, given the steady progression on evidence since his 2014 appointment.

One of Keith's managerial attributes is the knack of recruiting young Irish players returning home from British clubs, where dashed dreams and altered mindsets are replaced by a renewed confidence in their own ability … Something experienced first-hand subsequent to his departure from Stoke City in 1993.

"It does seem like a lifetime ago, but I have gone through that. I never made it into the first team picture and it was a very difficult club to be at during that time. I had other options, but felt going to a smaller club might offer me a faster route into first-team football. The decision almost backfired immediately, when there was a change in manager: Alan Ball went out and Lou Macari came in. Unfortunately, for me, I obviously wasn't good enough to deserve an opportunity to progress from the reserves. I came home because of that and chose Dundalk because I had a relationship with Tommy Connolly and knew one or two others there. I thought that might help me in the transition of coming back from the UK and into the League of Ireland."

Under Dermot Keely at Dundalk (1994/95) and later with St Patrick's Athletic (twice), the midfielder was part of Premier Division successes, but only featured prominently in the 1997/98 title push for Pat Dolan's Inchicore outfit: "When Dundalk won the league, I missed the first 16 games with an ACL. That year we played Manchester United in pre-season and it was like the Beatles coming to town. I missed out on some really big games and didn't contribute as much as I would have liked to, unfortunately. In those days, you could only have two or three subs on the bench, so your squad wasn't utilised as much. In my final year at Pat's, I found it difficult to break into the team on a consistent basis. I don't look back and think I should have played more games and can't disagree with previous managers because I could have applied myself a bit more."

At a crossroads following a parting of the ways with the Saints, the Dubliner went travelling, but still found time to appear in the New South Wales Super League for the Manly Warringah Dolphins: "I had a disappointing  year at Pat's, having had two good seasons previous to that. I was on the fringes of the team, as Liam Buckley had a very strong squad. I felt it was an opportunity to experience something other than football, which had been my life up until that point, so I took a year out. I travelled from South Africa to Australia, onto New Zealand, then the US, before going back home. I missed football badly and played for Manly for a short time. I enjoyed those few months over there because of the different teams' nationality backgrounds, from which they would have emigrated to Australia and set up clubs. To get invited in to train with a team was difficult, but I was never trying to stay there and climb the ladder in Australia. It was a case of playing football while I was working and travelling over there, on a year out."

A reappearance in the League of Ireland ensued - with Bray Wanderers, where Long saw out his playing days before experiencing various roles and ultimately managing the club, then Athlone Town and his current role, in charge of the Gypsies. His influence on improving the Dalymount Park side's outlook year on year is notable given the constant need to nurture young prospects to replace the exit of others.

"Recruitment is essential in football. You have to put time and effort into it to get it right. It's a source of frustration from time to time, but the squad has been more consistent this year, with more stability. We haven't made too many changes because we felt that the squad was in a reasonably good place, unlike the end of 2018, when a lot of players left the club. You have to make a conscious decision to look outside the league for talented players that have represented their country previously and might be coming home to Ireland, looking for clubs. It's also beneficial to have a partnership with St Kevin's Boys and plan for a window or two in advance. It's very important to get the right players into the club and demand from them what you're trying to achieve."

Having recently returned as a group after a long absence, Bohemians now face preparations for their first European involvement since 2012: "We're back training one week, as a 15. We've had to modify that by taking it in sessions. It's difficult for your plans, as you have to play as a smaller group, but we recognise that it's the first step in a return to football. In the 13 weeks previous, you have to rely on the players' professionalism and responsibility to continue with their programmes. We've already done a pre-season and want to be in a better position than we were in January. Only time will tell and it's very difficult to know where the boys are at, at this time. It's very disjointed and there's uncertainty about what will happen with the league. We've already changed our plans three times and that shows how adaptable you have to be. Hopefully, the testing has proven that we're capable of returning to football in a safe manner."