Watch: This day one year ago, Danny Mandriou broke the net and Shamrock Rovers hearts as Bohs made it eight unbeaten over their derby rivals 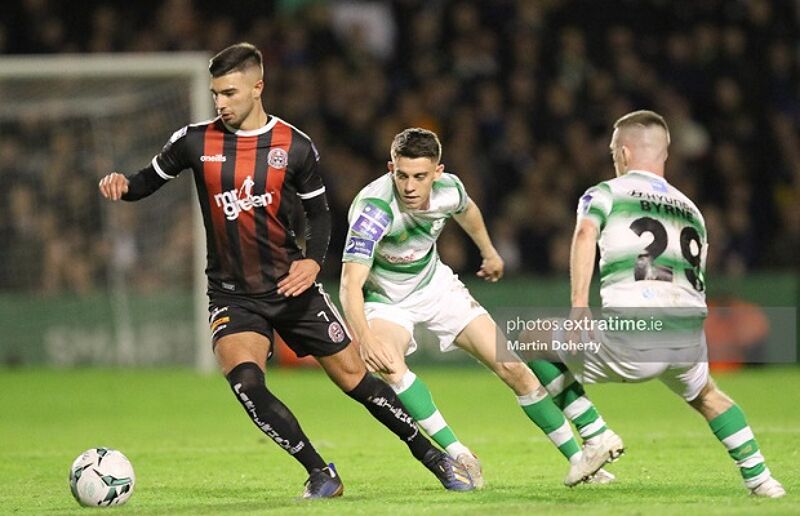 This day one year ago, Danny Mandroiu broke Shamrock Rovers hearts and almost broke the net as he blasted the winner in a classic Dublin Derby at Dalymount Park.

The 21-year-old had already given the Gypsies the lead with a first-half penalty but it’s for his second strike, moments after Rovers had drawn level, for which he’ll be remembered.

Dubliner Mandroiu made a name for himself during his debut season as a scorer of spectacular goals, eventually finishing with 11 to his name.

What a goal from Danny Mandroiu to put the home side back in the lead.

None will linger longer in the memory than the decisive strike in the league derby that extended Bohs’ unbeaten run against their closest rivals to eight games.

Mandroiu had already missed and scored a penalty in the first half when Rovers deservedly levelled things up thanks to an improvised finish from Dan Carr.

It appeared there would be only one winner from there but Mandroiu had other ideas, sending a rocket into the top corner than left Mannus with absolutely no chance.