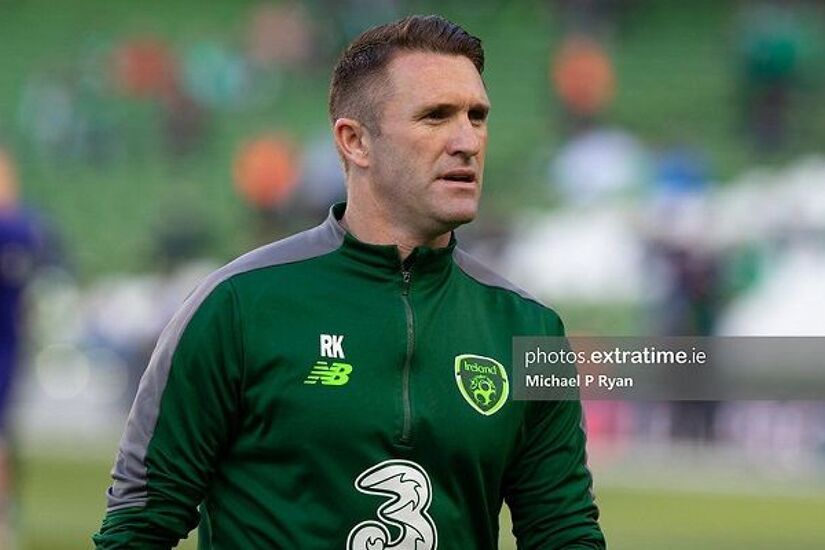 It’s 18 years to the day since Robbie Keane’s last-gasp strike kept the Republic of Ireland’s World Cup knockout ambitions on track as he snatched a 1-1 draw with Germany in Ibaraki.

After being held by the same scoreline in their opening game against Cameroon, Mick McCarthy’s side made it two games unbeaten thanks to Keane’s dramatic late strike.

Miroslav Klose – who scored a hat-trick in the 8-0 opening-day win over Saudi Arabia – put the Germans ahead midway through the first half.

The Kaiserslautern striker lost marker Ian Harte and nodded home Michael Ballack’s cross low past Shay Given and put Germany on course to become the first side to reach the knockout phase.


years ago, Robbie Keane popped up in added time to score a crucial goal in the 2002 FIFA World Cup

Ireland dominated possession and peppered the German area with crosses in the second half but found a stern defence and an inspired Oliver Kahn in no mood to share the points.

The dam eventually burst in injury time, however, as Niall Quinn knocked down a long punt from Steve Finnan.

Keane still had a lot to do as he controlled the ball at chest height, stole a yard on the centre-halves and shot home as the ball deflected off Kahn’s shoulder and onto the inside of the post.