Harry Buckle - The Belfast man who saved football in Munster 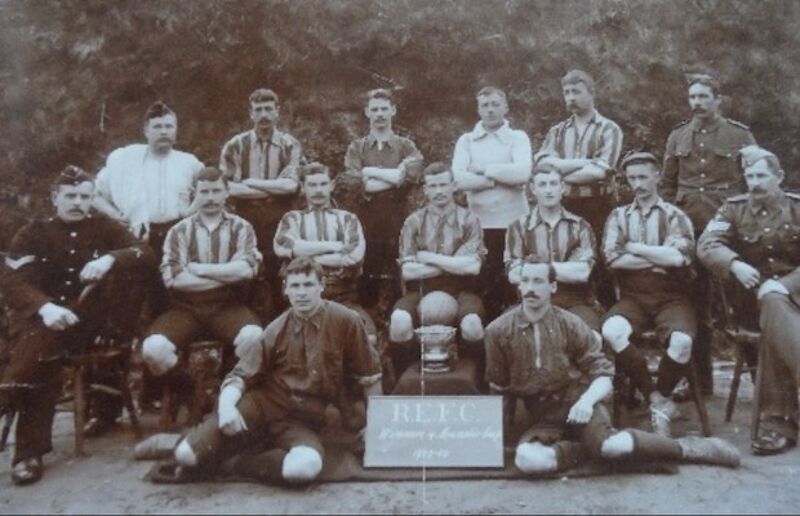 In 1920 Harry Buckle's life was at a crossroads. In a sectarian attack, the Irish international had been thrown into the icy waters of Belfast Lough alongside 17 other Catholics.

At the time he had been working in the Protestant-dominated Harland & Wolff shipyard while playing part-time football for Belfast Celtic when he was confronted after work one evening. Days later, he was told ‘to get out while the going was good’ by a friend in work.

Up until that point, Buckle had enjoyed a successful career in the Irish League and at various levels in the English football pyramid. Born in 1882, he started out at Cliftonville Casuals and Cliftonville Olympic before breaking into the first-team at Solitude.

Buckle got his first Ireland cap in August 1902 against Scotland in a charity game. That match raised money for victims of the Ibrox Disaster following the death of 25 supporters along with 500 injuries following the collapse of the Western Tribune Stand during a game between Scotland and England earlier that year.

Shortly afterwards he made the move to professional football, signing for Sunderland in the First Division in England. In his first season at the club, Buckle became a household name across the north-east, as he scored 10 times from the position of outside left.

Buckle played for Sunderland for three seasons before signing for Bristol Rovers and later Portsmouth in the Southern League.  After one season at Pompey, he transferred to Coventry City and scored the first ever hat-trick for the club. He later became player-manager for Coventry, a position which he held until 1911 when he decided to return home to Belfast.

His playing career in the Irish League lasted for nine years and saw spells at Cliftonville, Glenavon, Belfast United and Belfast Celtic.  While medals were few and far between for Buckle in the north,  he is fondly remembered at Belfast Celtic for his goalscoring performances on a tour of Prague in 1912 as they won five games and drew one.

In the aftermath of the attack at Belfast Lough, he moved to Wales and a short few months he went to Cork to work in Fords Motor Company. On Leeside he saw a massive interest in football, but no structures existed as the Munster Football Association had not been active since the outbreak of the First World War.

What was also noted was an air of distrust with the Association due to the control and influence of the British Army. This could be seen in the scheduling of matches as games were almost always arranged for Saturday afternoons which meant civilian sides often struggled to put out 11 players.

In a soccer column ‘Centre-Half’ it was noted that ‘with the near approach to Christmas the local civilian clubs find it difficult to field representative XIs. Many of their prominent players being engaged up to a late hour on Saturdays.’

The divide between civilian and military teams was evident on the honours list for the Munster Senior Cup, which was the top footballing competition for clubs in the south. Between 1901 and 1914 the tournament was dominated by teams from the British Army, with only one civilian team, Cork Celtic, winning it in 1904.

A notable winner during this period was Royal Engineers AFC who won the cup in 1903. The club from Kent in the United Kingdom, famously lost the very first FA Cup final in 1872, and later won the oldest trophy in world football in 1875.

Alongside these new organisations, the Munster Senior Cup was revived as the top level tournament for clubs across the province.

The first final was played 1923 with Fordsons (Fords changed their name in 1922 to advertise the new Fordson Tractor) beating Shandon in the final. The competition quickly captured the imagination of the public with crowds of 6,000 people attending the 1926/27 final between Cork Bohemians and Cahir Town at Turner’s Cross.

Aged 46 and well into the winter of his career, he led Fordsons to a 3-2 win over Shamrock Rovers in the final at Dalymount Park. In front of a crowd of 25,000 people, two goals from Paddy Barry and one from Dave Roberts sent the FAI Cup to Leeside for the first time in its history and gave Buckle the perfect send off to his colourful career.