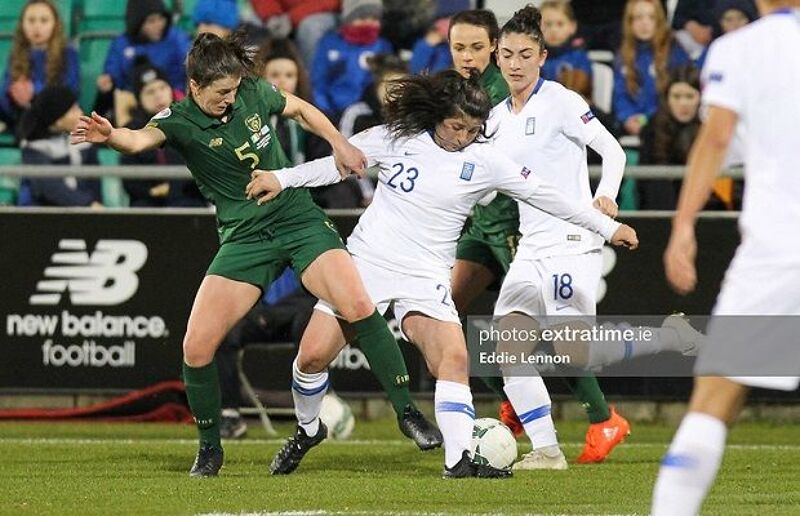 The professional footballers’ association FIFPro have warned that women’s football faces an existential threat from the shutdown caused by Covid-19.

A new report released by the association says ‘the growth of professional women’s football and evolution into a strong and viable industry is threatened” by the effects of the pandemic.

The sport has seen unprecedented growth in recent years across the globe but the women’s game is seen as particularly vulnerable to the economic consequences of the current shutdown.

The Euro 2021 finals, due to take place in England, has already been pushed back by a year to the following summer to accommodate the moving of the men's tournament to 2021.

“We’re in unprecedented times and we have a responsibility as a global football community to come together and support our industry,” FIFPRO General Secretary Jonas Baer-Hoffmann said.

“If clubs, leagues and national team competitions start going out of business, they may be gone forever.

“Our ultimate goal must be not only to stop this happening but to build a more solid foundation for the future.”

The paper notes that a prolonged shutdown could result in many clubs becoming insolvent and having the shut down entirely, while professional livelihoods could evaporate.

FIFPro argues that key stakeholders across the professional game should come together to mitigate the effects of the shutdown for the particularly vulnerable women’s game.

"There are a couple of concrete risks,” Baer Hoffmann added.

“One is a stalling of the investment we’ve recently seen - we need to still keep building up investment in women's football to sustain professional development.

"We’ve also seen the postponement of international tournaments. The women’s game still requires to have these big public events, like an World Cup, Olympics, Euros, because these events are massive platforms on which many players are building their careers.

"That's because it’s the only international platform on which they’re seen by clubs who might be interested in their services afterwards."

The full paper can be read here.