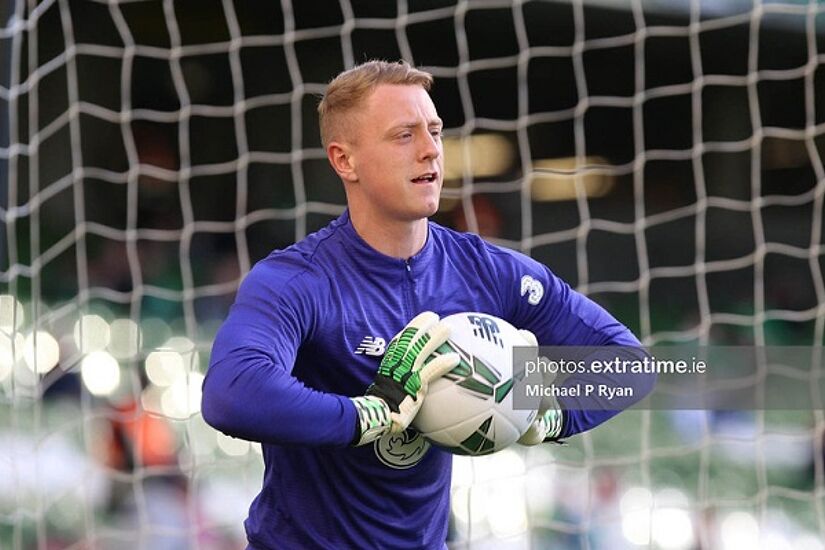 This past week Stephen Kenny’s reign as the Republic of Ireland senior team manager started a little earlier than previously scheduled, giving the 48 year old a different set of fixtures than would have been expected upon his announcement as the incoming manager 18 months ago.

The reality of things mean that nobody can tell what team will line up in Kenny’s first international senior XI in a number of months time. However, the most accurate way of predicting the future is often to look at the past. So, let’s look at what Stephen Kenny has selected over the years to see if there are patterns and how these may help shape what team he picks.

Since beginning his Longford Town managerial career back in 1998, Kenny has made a point of using experienced and reliable goalkeepers- Stephen 'Digger' O Brien was 27 and had experience playing non-league in England before receiving a call from the new Longford Town manager to pluck him from the Shelbourne bench to be a mainstay of their defence for almost a decade- racking up 250 league appearances, still a club record. At Bohemians, Kenny won the Premier Division title with 30 year old Ashley Bayes, an Englishman with almost 300 league appearances to his name at that stage, between the sticks. Upon the departure of Bayes, Kenny looked to the experienced duo of Seamus Kelly (28 years old and a decade after his LOI debut) and Matt Gregg (25 years old and approaching 100 league appearances).

His first spell, in the summer of 2004, at Derry City saw the recruitment of David Forde, and while the netminder was only 24 at the time of his Foyleside arrival he brought League of Ireland, Welsh League (Barry Town) and English league (West Ham) experience before a successful spell at Derry City saw both depart for the UK at the end of the 2006 season (Kenny to Dunfermline, Forde to Cardiff City).

It was at Dunfermline Athletic where the new manager also encountered a future Welsh based netminder as he placed faith in 27 year old Dorus De Vries who had spent the previous three years racking up over 70 league appearances in the Dutch top flight before his arrival in Scotland. De Vries left the club at the end of the 2006/7 season and went on to achieve promotion to the Premier League with Swansea before playing with clubs including Wolves, Nottingham Forest and Celtic. That summer, the Pars signed, 28 year old, 7 time capped, Scottish international Paul Gallagher on loan from Norwich City, with his new manager making specific reference to his experience upon signing. While Gallagher’s signing later turned into a permanent arrangement, for his young Irish manager the opposite was true, and Kenny was replaced just before Christmas 2007.

January 2008 saw Stephen Kenny begin preparations for his second spell in charge of Derry City and he, once again, secured the signature of an ex-Barry Town netminder. 27 year old Ger Doherty had played briefly for the Candystripes as a youngster before departing for Derby County and subsequently a career at TNS which spanned over 200 games, three league titles and a very short loan at Barry Town. Doherty went on to achieve even more success on Foyleside, spending a decade at his hometown club and earning numerous accolades including an international call up in 2013.

It was at the Tallaght based outfit where Kenny himself was next to manage as he took the reins from Michael O Neill following the latter’s appointment as Northern Ireland international manager. In the goalkeeping department their new manager took a departure from his usual method of recruiting his man between the sticks. Instead of looking for a seasoned campaigner, 21 year old former Swedish U21 international Oscar Jansson was taken on loan from Tottenham Hotspur and ended up being named as the Shamrock Rovers Young Player of the Year in 2012. Kenny himself left The Hoops before the end of the 2012 season and joined Dundalk ahead of their 2013 campaign.

Having won the Premier Division with the experienced Scot Peter Cherrie, the Lilywhites' manager looked to another stopper in his thirties for the 2015 campaign. Gary Rogers had been part of the League of Ireland since 1999 and ended up becoming an integral member of the highly successful Dundalk juggernaut, earning a couple of call-ups to the Republic of Ireland senior team. Incidentally both Rogers and the aforementioned Stephen O’Brien had both been on the bench at Shelbourne early in their careers when Welshman Steve Williams occupied the number one spot. The same Steve Williams who has been Dundalk’s goalkeeping coach throughout their recent success under both Kenny and Vinny Perth.

That takes us to now…..who will Kenny pick as his number one in the forthcoming autumn internationals?

The overwhelming evidence presented here points to the present incumbent Darren Randolph, and while Stephen Kenny has mentioned the number of promising young goalkeepers whom he could pick from, candidates possibly including Bohemians' James Talbot, Burton Albion's Kieran O'Hara, Bournemouth’s Mark Travers, Shrewsbury’s Max O' Leary and Liverpool’s Caoimhin Kelleher, the new manager has also stated that there won’t be radical changes in the squad.

While Randolph's current save percentage in the Premier League is 55.6% (66.1% in the Championship this season prior to his move to West Ham), compared with Travers' 40% coming in his single Premier League appearance in 2019/20. Travers had a Premier League save percentage of 61.5% in 2018/19 with Randolph achieving 78.1% in the Championship for Middleborough and O’Leary 72.6% in the same league with Bristol City. This season Kieran O Hara (69.2%) and Max O Leary (72.7%) are operating in League One. Kelleher has made 4 senior appearances for Liverpool this season in cup competitions and conceded ten goals, keeping two clean sheets- his potential is apparent as we've seen at underage level of late, with 3 clean sheets in last summer's Tournoi competition and call-ups to the senior international squad the previous year, but at club level he remains very much unproven. In the League of Ireland Premier Division, the ever present James Talbot had a save percentage of 83% last season and earned his club European football for the first time since 2012-13 as well as a call up to the senior Republic of Ireland squad under Kenny's predecessor, Mick McCarthy.

While there are those who may claim a sense of tokenism if Talbot is selected in the first squad named by the new Ireland boss, the reality is that Talbot, name checked by the manager in his inaugural press conference, will likely be the only one of these goalkeepers to feature in European club competition this season and is playing regularly at a higher performance level than any of the other potential replacements to Randolph. While change may not be radical, Kenny will have his own stamp on the squad- James Talbot as number two and possibly making his international debut is possibly one which makes sense beyond League of Ireland bias.

Statistics from Instat and https://fbref.com/en/comps/9/keepers/Premier-League-Stats