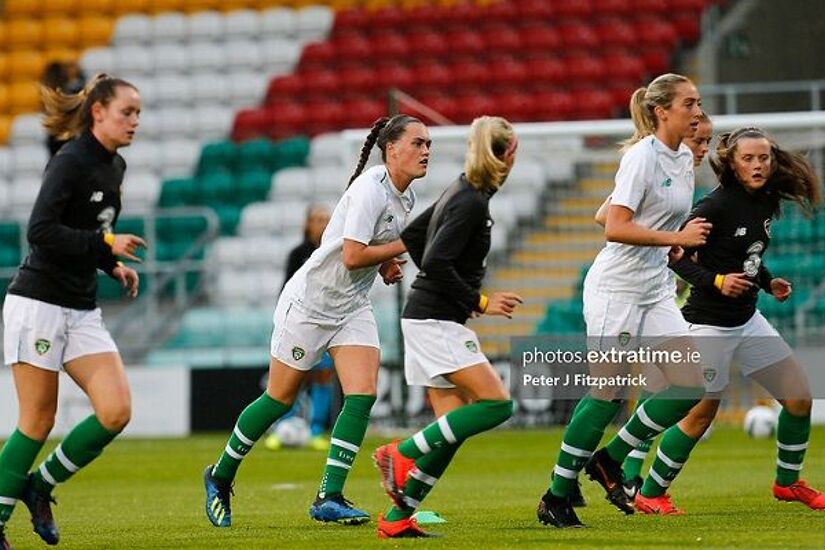 Euro 2021 Qualifier: Republic of Ireland -v- Greece - Where can I watch it and what do I need to know?

International football returns to Tallaght Stadium on Thursday night as Vera Pauw’s side have a big chance to strengthen their hold on second place and at least a play-off spot for Euro 2021.

Greece are the opponents for the Girls in Green and there will be a few scores to settle following the Greeks’ last-minute equaliser to seal a point when the sides last lined out in Athens in November.

Amber Barrett’s early goal looked set to earn Pauw’s charges a third win from their opening three games, only for Anastasia Spyridonidou to stun the Irish with a leveller deep in injury time.

Germany’s record of four wins from four so far – including thumping wins over Ukraine and Greece – the World Cup veterans are likely to top of the group once more.

With Greece having already posted an impressive win away in Montenegro – where Ireland travel for their next game next Wednesday – these two sides are the early frontrunners for second.

A win for Ireland would open up a six-point gap between the two sides as the campaign tips towards the midway point, but defeat would see the Greeks draw level with Ireland on seven points.

With more than 5,500 tickets sold as of Wednesday, a record attendance for a women’s international in Ireland roaring on Ireland might just witness a huge step towards a first major finals.

María Dolores Martinez Madrona from Spain is the referee.

Tickets are available from the FAI website at €10 for adults and €5 for children, students and OAPs.

With Megan Connolly and Jessica Ziu ruled out through injury, the ability of Denise O’Sullivan to dictate play from the base is more important than ever.

The two-time MVP for US champions North Carolina Courage is one of the best technical midfielders around who can enable attacking players like Katie McCabe and Amber Barrett to flourish.

One name the Irish team will dread hearing over the PA system is Anastasia Spyridonidou following the Apollon forward’s devastating injury-time equaliser in Athens.

Spyridonidou popped up with a stunning volley into the top corner in the third minute of injury time and she’ll fancy repeating the feat in west Dublin tonight.

Ireland are without midfielders Megan Connolly and Jessica Ziu, as well as West Ham United striker Leanne Kiernan, through injury.

Kyra Carusa has made the final squad in Kiernan’s absence following the American-born striker’s declaration for the land of her forebears.